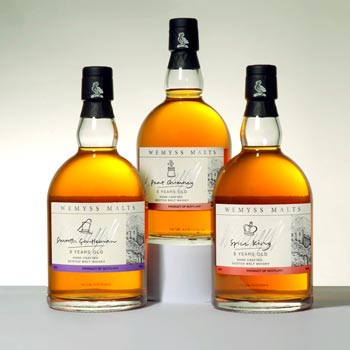 The brand already has a presence in the country through the rest of its Wemyss range, but this is the first time they are exhibiting at the show.

â€œWe are delighted to be exhibiting at WhiskyLive Taipei for the first time and are very confident that our blended malt range will be a success in this growing Scotch whisky marketâ€, said William Wemyss, managing director of Wemyss Malts.

The blends are called Spice King and Peat Chimney â€“ names chosen to reflect the flavours of each blended malt. As with the rest of the Wemyss range, the blends were developed with input from the Scotch expert and writer Charles MacLean.

The Wemyss family hails from Fife, Scotland, and has links with the whisky industry going back to the turn of the 19th century.