Innovative London-based independent wine merchant The Sampler has launched a trade list aimed at promoting its exclusive import wines to the on-trade. 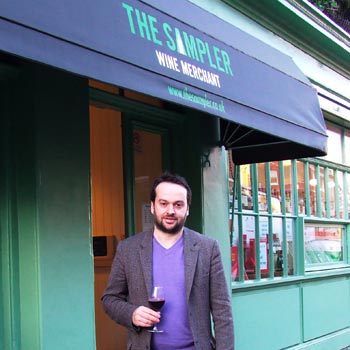 The specially tailored wholesale list will predominantly be made up of lines from smaller wineries and lesser-known producers that have been directly imported. Unsurprisingly, grower Champagnes feature heavily â€“ The Sampler has one of the widest ranges in the UK and was voted Best Independent Champagne Retailer at the 2011 Champagne Summit.

Highlights of the list include the Grand Cru Blanc de Blanc offerings of Varnier-Fanniere; the low fizz Champagnes of Cedric Bouchard at Roses de Jeanne and the sulphur free, characterful wines of Andre Beaufort.

Beyond fizz, the rest of the wines draw on the quality regions of Europe. Cult rosÃ© producer ChÃ¢teau Dâ€™Esclans adds glamour to the Provence section, while ChÃ¢teau Pradeaux marks a traditional style of Bandol.

Burgundy is represented by the up-and-coming estates of Hudelot-Baillet and Naddef; the RhÃ´ne by a faction of the Jaboulet family and the Loire by the terroir-driven Thomas Labaille and Domaine de la Noblaie.

Meanwhile, the Languedoc is championed by a range of small organic and biodynamic estates such as BÃ®net-Jacques.

In addition, trade customers will have the opportunity to purchase from The Samplerâ€™s extensive retail list, which includes old vintages of classed growths and aged Rioja.

A tasting is scheduled for the autumn to give potential on-trade customers an opportunity to try the wines.

Founded by Jamie Hutchinson (pictured) and Dawn Morris in Islington in 2006, The Sampler opened its second branch in South Kensington last October.

The Sampler was named Independent Retailer of the Year in the 2011 Drinks Business Awards.