The Pig runs wild in the New Forest

The UK country hotel format is due to receive a makeover with the opening of The Pig, a â€œrestaurant with roomsâ€, which opens on 25 July in the New Forest. 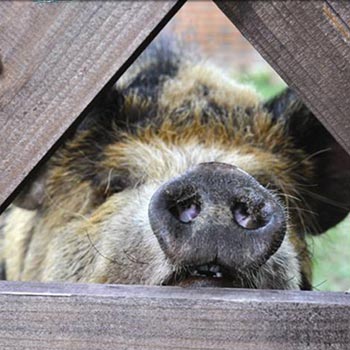 This latest project from Hotel du Vin founder Robin Hutson will place particular emphasis on its food offer, with the kitchen headed up by James Golding, formerly of Le Caprice, J Sheekey and Soho House in New York.

The menu will tap into the current trend for locally sourced, sustainable, seasonal produce.

However, Golding is taking this a step further than most by producing much of his own food in The Pigâ€™s walled garden, as well as employing forager Garry Everleigh to bring in wild food from the New Forest and shores of the Solent. Guests will also be able to accompany Everleigh on his foraging expeditions

The garden of the 26 bedroom hotel will be overseen by Mike Kleyn, former head gardener at Babington House, who also looked after the container garden at the River CafÃ© in London while volunteering at the Chelsea Physic Garden.

Part of Kleynâ€™s brief is to cultivate more unusual ingredients for Golding to incorporate into his dishes.