A new study has revealed the extent to which the Scotch whisky industry contributes to the Scottish economy, both in terms of tourism and employment. 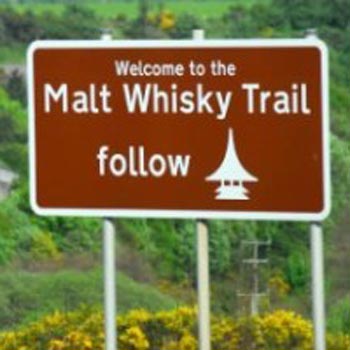 According to the SWA, Scotch export growth is encouraging new tourists from countries which are discovering a taste for whisky to come to Scotland.

The report reveals that visitor centres and distilleries add Â£30.4 million in value to the economy and provide 640 jobs â€“ direct and indirect.

The global impact of Scotch whisky tourism is further highlighted by the fact that nearly nine out of 10 (86.1%) distillery visitors last year came from outside Scotland, with nearly two thirds (62.3%) from outside the UK.

Campbell Evans, SWA director of government and consumer affairs, said: â€œScotch whisky and tourism can be seen as the perfect blend and complement one another. Our survey shows the scale of the economic impact of Scotch whisky and how exports can help drive up tourism.

â€œSpending by tourists, and the jobs created as a result, is injecting new money into the Scottish economy.â€

To maximise the link between whisky and tourism, the industry, hospitality sector and public agencies created the Scotch Whisky Embassy network in 2003.

The wider economic impact of Scotch Whisky tourism is clear from analysing the source of tourists and its relationship to Scotch Whisky exports. For example, China represents one of the fastest growing tourist markets for Scotland and whisky was the Scottish produce most commonly cited among potential Chinese tourists.

On average, every Â£100m of Scotch Whisky exports are associated with Â£20.6m of direct tourism spending.

With Scotch whisky exports of more than Â£3bn, it is estimated that the industry is associated with around Â£640m of direct tourism.

After accounting for multiplier effects, the overall impact is likely to exceed Â£1bn each year.

Evans said: â€œWeâ€™ve found countries which are the biggest export markets for Scotch whisky tend to spend more on tourism in Scotland.

â€œAt the same time, in countries where the number of tourists to Scotland increases we see a willingness to pay more for a bottle of Scotch whisky. Scotch whisky is an important part of Scottish culture and identity and has a wide role to play in attracting overseas tourism.â€