MarquÃ©s de CÃ¡ceres founder Enrique Forner has died at the age of 86. 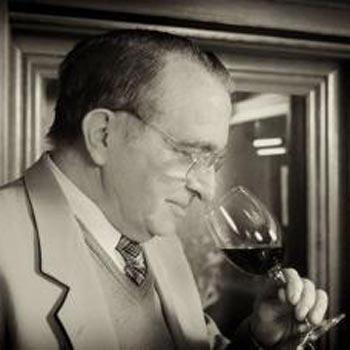 Having handed over control of the Rioja winery to his daughter Cristina in 2007, Forner had taken more of a back seat at the winery in recent years, though he is widely regarded as one of the most revolutionary winemakers in the history of the region.

Forner was born in 1925 into a family already involved in the wine industry in Valencia.

His father was also a Republican member of parliament and the family moved to France in 1936 following the Republicanâ€™s defeat in the Spanish civil war.

The family continued in the wine industry in Bordeaux, buying and restoring both ChÃ¢teau Camensac and ChÃ¢teau Larose-Trintaudon.

Under the guidance of his university lecturer and renowned oenologist Emile Peynaud, Forner decided to return to Spain in 1964 to start a winery.

Having scouted for ideal locations, the pair settled on Cenicero in Rioja Alta. The new winery was built in time for the 1970 vintage.

The name of the winery relates to an arrangement with a family friend from Valencia â€“ Don Vicente Noguera y Espinosa de los Monteras, the MarquÃ©s de CÃ¡ceres, who gave permission for the winery to use his name in return for an annual donation to a charity of his choice.

Forner was regarded as something of a revolutionary winemaker in Rioja. Having grown frustrated with the over-oaky style typical of Rioja wines, Forner installed stainless steel tanks as an alternative to the traditional barrel ageing.

He also used more new oak and reduced the amount of time his wines spent ageing. Though they were viewed with scepticism at the time by his contemporaries, such methods are now the norm in Rioja.

Under his guidance, MarquÃ©s de CÃ¡ceres became one of the most widely distributed and famous brands from Rioja.

Its wines are sold in 120 countries around the globe and account for one tenth of Riojaâ€™s total exports worldwide.

His daughter Cristina won the Woman of the Year award at the 2011 Drinks Business Awards and she has described herself as â€œmy fatherâ€™s daughterâ€ and has vowed to maintain the standards he set and continue to adhere to his vision of what Rioja wines should be.

Forner is survived by his wife and three children.