Most expensive white wine ever sold

A bottle of Château d’Yquem has become the most expensive white wine ever bought. 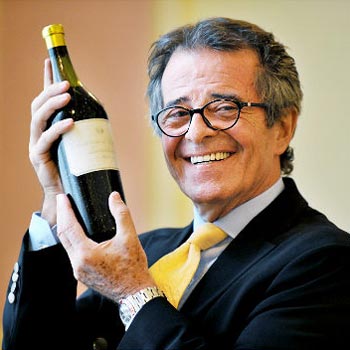 The bottle of 1811 Yquem was sold by the Antique Wine Company at a private sale at the Ritz in London for £75,000.

He is now the owner of the SIP Sunset Grill in Bali, Indonesia, which opens this September.

The bottle will go on display there in a bullet-proof, temperature and hydrometrically controlled case.

However, it will only remain there for six years before Vanneque drinks it with his family to celebrate the 50th anniversary of his starting work in Paris. He has apparently already decided on a menu to go with it.

Vanneque called his purchase his little “folie” but insisted that it really was for drinking and would never be for sale again, “even if a wealthy Chinese gentleman or a rich man from the Middle East offers to buy it,” he said afterwards.

The 1811 vintage is hailed as one of Bordeaux’s greatest by those lucky enough to have tasted it, and wine critic Robert Parker gave it 100 points in 1999 when he described it as “liquefied crème brûlée.

Vanneque was reported to have laughed nervously when someone asked him what he would do if the wine was corked.

But he took it in good spirit, saying: “If the wine has a flaw, then tough luck. You just have to smell it and enjoy the sight of it.

“I hope not, my God. If it does, then I would call Guinness because it would be another record. The most expensive bottle of ruined wine in the world.”