IbÃ©rica Food & Culture is set to open a new London branch in Canary Wharf this autumn. 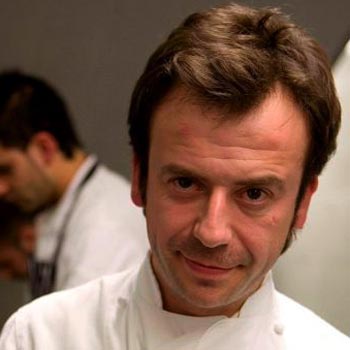 As with its original branch on Great Portland Street, the venue promises to offer a showcase for the best of Spanish produce and culture.

The tapas offering has been overseen by IbÃ©ricaâ€™s two Michelin-starred executive chef Nacho Manzano (left), although the kitchen will be led on a day-to-day basis by his protÃ©gÃ© Cesar Garcia.

The menu includes Spanish classics such as jamon ibÃ©rico alongside Manzanoâ€™s signature dishes, which include the IbÃ©rica burger with secreto pork loin and piparras peppers; fried chorizo lollypops with pear alioli and fried monkfish â€œPixinâ€ in olive oil with lemon.

As with the Central London restaurant, the drinks list will feature a range of beers as well as wines unique to IbÃ©rica. However, the Canary Wharf branch will also feature the Wine Custody Service, which allows guests to rent their own space in the extensive cellar.

Members of this programme will be given access to rare vintages from top Spanish producers such as Vega Sicilia and Pingus.

Canary Wharf locals will also be able to take advantage of a takeaway service, which will offer jamon baguettes and a range of dishes. Larger orders will have the option of delivery anywhere within the Canary Wharf estate.

In spring 2012, the Canary Wharf branch is due to add an outside terrace for up to 120 guests, complete with its own kitchen.

IbÃ©rica Canary Wharf will be open from Monday to Saturday, 11am-midnight. It will open on Sundays from 11am-3pm.