First Drinks has highlighted the need to broaden the appeal of spirits and Champagnes in the UK off-trade throughout the year. 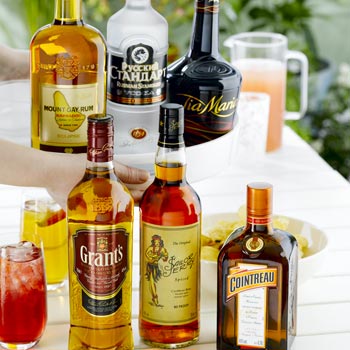 The company, which distributes brands including RÃ©my Martin Cognac, Glenfiddich and Grantâ€™s whiskies and Mount Gay rum in the UK, made the point as it launched its first market report, covering whisky, brandy, rum, vodka, gin, liqueurs and Champagne.

The report considers opportunities in the current market in a year when the company has invested Â£55 million in its portfolio.

Aside from premiumisation, the report also focused on the growing importance of cocktails and the potential for smaller bottle formats and online retailing.

With 80% of spirit sales now coming in the off-trade, First Drinks argued for the need to spread purchases out across the year rather than letting sales figures rely on key dates such as Christmas and Fatherâ€™s Day when most spirit sales are recorded.

Likewise, the need for the on-trade to make use of occasions to drive sales was also singled out as being important.

The rise of the â€œweekend millionaireâ€ was also seen as an area of opportunity for on-trade venues. Although consumers were reported to be going out less, they are spending more when they do.

Weekend sales of spirits have been higher than any other category in the past year and cocktails remain â€œkeyâ€, with a 36% increase in the number of venues selling them.

Chris Mason, managing director of First Drinks, said: â€œAs one of the major spirit brand building companies in the UK and a significant player within premium spirits, we believe that we are well qualified to give our take on the key trends and dynamics within the market and how we believe the categories will develop and evolve over the next year or so.
â€œDespite this report being published during a very challenging time for the economy, it clearly demonstrates the continued importance of premiumisation, best practice and working closely with customers.

â€œIf these key trends are pursued, we can ensure the exciting evolution of the drinks industry.â€