The Famous Grouse Famous Pubs 2011 campaign is underway, calling on landlords and pub goers to tell the UK what makes their pub â€œfamousâ€. 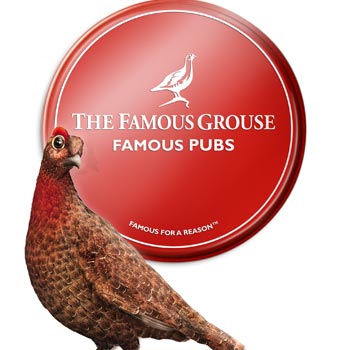 From a quirky history to a famous punter, local legend or fascinating fact, the blended Scotch whisky brand is asking for entries in a competition being run in partnership with the Telegraph newspaper as part of a campaign backed by Maxxium UK.

Last yearâ€™s finalists saw King Tutâ€™s Wah Wah Hut in Glasgow, where some of the UKâ€™s biggest names in music were discovered, take on The Neuadd Arms in Wales, host of the annual World Bog Snorkelling Championships, as well as The Robin Hood in Brighton, which donates all its profit to charity.

Andy Gemmell, Maxxium UK mixologist and a regular on STVâ€™s The Hour, described the initiative as being â€œabout finding fantastic pubs throughout the country that are famous for a reason and celebrating them.

â€œThe campaign is a great reward initiative for the on-trade and was a huge success last year, with hundreds of nominations received, so I urge publicans to get involved, nominate their pub and share the reason for its fame.â€

The winning pubs will each receive a personalised, limited edition plaque and feature in a special supplement in The Sunday Telegraph.

Entries close on 18 September and are open to all venues with a licensed bar. To enter your pub, click here