Diageo has reaffirmed its commitment to drive future growth through the Asia Pacific region. 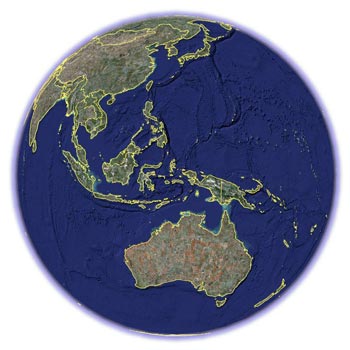 Gilbert Ghostine, president of Diageo Asia Pacific, made specific mention of India and China as the drinks giant seeks to make up for declining volumes in Europe.

Soaring consumer wealth in Asia Pacific is driving the growth opportunities for luxury spirits and is fuelling premiumisation within the international spirits sector.

Speaking at Diageo Reserve’s World Class final in New Delhi, Ghostine said: “The rising affluence and high levels of aspiration amongst Asian consumers is expected to continue to drive the growth of the international spirits segment in the region.

â€œDiageo currently has a 30% share of international spirits in Asia Pacific, which is the fastest growing segment in the region, and, with our strong brand range, customer relationships and established market positions is well placed to continue to grow.”

While relatively small by comparison at around $4.7bn, according to Diageo the Indian luxury market is also expected triple in size by 2015, a growth rate second only to China.

This trend is mirrored within luxury spirits with Asia Pacific set to account for 27% of the super deluxe spirits and above segments by 2015, according to the IWSR.

â€œConsumers are treating super and ultra premium imported spirits as high profile and visible segments that allow them to demonstrate their improved financial and social status.

“We currently have a strong, and growing, luxury business in Asia and we expect to see our super deluxe brands continue to thrive as we capitalise on the emerging consumer dynamics and favourable economics that we are seeing in the region.”

Itâ€™s not just whisky that is performing well in India, however. Diageo also expects to see an â€œexponentialâ€ jump in sales of its premium vodkas in the country this year.

The companyâ€™s chief commercial officer for Asia Pacific, Mark Barnard, said: â€œThe [ultra premium vodka] category will grow at about 35% for the next five years and we plan to grow about 55%, outstripping category growth.â€

According to the IWSR, vodka sales could expand by 12% in India between 2009 and 2015, helping the country overtake both the German and UK markets in terms of consumption.

Meanwhile salaries in the country are growing at an average of 12.9% this year, the fastest in Asia, according to a survey by human resources consultancy Aon Hewitt.

â€œWe strongly believe in the potential of the Indian market. We are expanding our distribution footprint and are also looking at introducing new brands.â€

Ghostine added that the worldâ€™s biggest drinks company is aiming to double revenues from the Asia Pacific region to 20% by 2015 â€“ up from an average of 11% over the past five years.