Bordeaux discounting ahead of summer doldrums

Prices of Bordeaux 2010 have dipped as merchants prepare for the summer break. 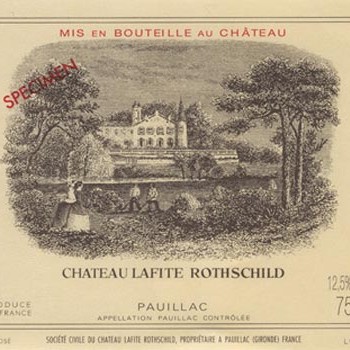 Despite the decrease in trading price, Latour is still trading at a premium to Lafite, as picked up by the drinks businessÂ last week.

The length and high pricing of this yearâ€™s campaign, coupled with what has been described as â€œbuyer fatigueâ€ are all possible reasons why merchants may have some excess stock they wish to be rid of at what appears to be a comparatively early stage.

However, that is not to say that the campaign has not been successful. Armitâ€™s Hong Kong managing director Richard Sutton and Goedhuisâ€™ managing director Tom Stopford Sackville were both very positive about results when they talked to db.

Sutton said: â€œ2009 was by a distance our best ever campaign but weâ€™ve been delighted with this year too.â€

He continued by admitting that some chÃ¢teaux are â€œover-pricedâ€ but countered by saying: â€œWe havenâ€™t recommended those. We believe in the quality of the vintage but have been selective with our choices.

â€œThe great wines are the likes of Pontet-Canet, Vieux ChÃ¢teau Certan and Lynch-Bages which all produced fabulous wines at prices that people think are worth it.

â€œCheval Blanc, by contrast, has produced a lovely wine but at a price people have baulked at. It has not been a big seller unsurprisingly.â€

Sackville saw the price drops as a clear case of â€œthe wholesale market doing a balancing of its own books.

â€œA few wholesale dealers may or may not drop a few cases on Liv-ex to cash in a bit,â€ he said.

â€œThereâ€™s always a little bit of wholesale discounting on Liv-ex before the market goes dead over the summer.â€

Two other wines that have slipped of late are Lafite and Mouton-Rothschild 2008. After both courted the Chinese market with symbols and labels and benefiting as a result, wine critic Robert Parkerâ€™s downgrading of their scores has seen their fortunes change slightly.

Sackville said he thought this was right, all things considered.

â€œMouton and Lafite did their number on 2008, which caused a feeding frenzy in China but they should justifiably be trading below their 2009s and 2010s. Lafite 2010 is easily the finest of the last three vintages,â€ he said.

Nonetheless, he maintained that 2008 was a very attractive vintage and this fall in price could actually make it quite attractive once again.

â€œI think thereâ€™s absolutely still a market for them,â€ he said, â€œpeople are just waiting to see where theyâ€™ll settle.â€