Gruppo Campari has embarked on a major push to establish the Aperol brand in the UK this year. 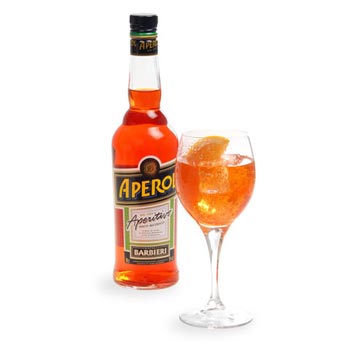 The move comes on the back of strong recent growth, which saw Aperol listed by Impact Databank as the ninth fastest growing premium spirit brand worldwide.

With its distinctive orange colour, 11% abv and bittersweet flavour derived from core ingredients of orange and rhubarb root, Aperol is being positioned as a more accessible, lighter alternative to the stronger, more bitter Campari.

Created in 1919, the Aperol brandâ€™s profile remained relatively localised and low key in north east Italy until 10 years ago, when the Aperol Spritz was created. It is this serve â€“ a blend of three parts sparkling white wine, two parts Aperol and one part soda â€“ which is providing the foundation for the more international push currently underway.

Having bought the brand in 2004, Gruppo Campari initially focused on bringing Aperol to a wider Italian audience, before extending its reach first of all to Austria and Germany and now the UK.

2011 has also seen the brandâ€™s packaging refreshed, with a more slender bottle shape, embossing on the base and a smaller label to show off Aperolâ€™s trademark orange colour. Instead of recommending a number of different serves as before, the new back label has fallen in line with the brandâ€™s tightly focused communication strategy to focus on the Aperol Spritz.

Emphasising there is â€œabsolutely no sign of cannibalisationâ€ with the Campari brand, Andrea Neri, international brand director for Gruppo Campari, described Aperol as â€œa little bit younger and more female in flavour profile.â€

Positioning the Aperol Spritz as competition for premium lagers, wine or lighter cocktails such as the gin and tonic, Neri distinguished its lighter style from the traditional Negroni or Americano at the heart of the groupâ€™s Campari communications. â€œYou wouldnâ€™t have a Negroni at midday when you have work to do,â€ he observed, suggesting: â€œthe Aperol Spritz is more mainstream, day-life; Campari is more sophisticated, night-life.â€

In terms of price too, the Aperol Spritz is being firmly positioned on a par with the premium beer and wine-by-the-glass categories rather than the more expensive cocktail territory occupied by Campariâ€™s Negroni.

Although the brand recommends serving the Aperol Spritz in a simple tumbler, Neri also suggests a Chardonnay glass for those venues in search of a more elegant alternative.

The group is currently focusing its efforts on the UK on-trade, especially Italian bars and restaurants in London. However, Neri points out that the simple serve of the Aperol Spritz also makes it possible to â€œdirect people to the off-trade shelves to make it at home.â€

Further down the line, Neri suggested that the Aperol Spritz might be made available in pre-mix form, an option which has already been introduced in Italy this year. However, stressed Neri, â€œWeâ€™re not jumping on the RTD trend which is going down, but the ready to serve trend, which is growing.â€

The Aperol UK campaign received an unexpected boost when Sainsburyâ€™s contacted the brandâ€™s UK distributor, Cellar Trends, to arrange an exclusive listing from June until Christmas in 300 of its stores nationwide.

Retailing at Â£11.99 a bottle, Aperol will be supporting this early off-trade presence with sampling events across 100 Sainsburyâ€™s stores. It also took part in Jamie Oliverâ€™s The Big Feastival, held earlier this month on Londonâ€™s Clapham Common.

Cellar Trends now plans to recruit a team of Italian spirit specialists who will focus initially on establishing the brand in the London on-trade, before a potential roll out across the UK.