Foster’s has rejected an AUD9.5 billion takeover bid from SABMiller claiming that the price “undervalues the company”. 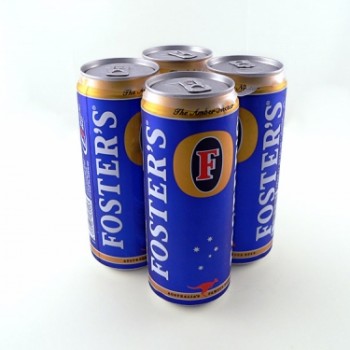 As a result, Fosterâ€™s shares leapt to a 17 year high on the Sydney stock exchange and SABMiller saw the biggest drop on the FTSE this morning, down 2.5%.

SABMiller was allowed to go ahead with the bid after Coca-Cola Amatil made the necessary changes to the terms of its joint brewing venture with the London-based company.

If the deal had been approved, SABMiller stood to gain 50% of the Australian beer market.

A statement from Fosterâ€™s explained why the deal was rejected: â€œThe board of Foster’s believes that the proposal significantly undervalues the company in the context of a change of control and, as such, it does not intend to take any further action in relation to it.â€

SABMiller chief executive, Graham Mackay, said that his company would continue to negotiate with the board at Fosterâ€™s to come to an arrangement.

â€œWe continue to believe that the proposal price is attractive and offers good value to Foster’s shareholders,â€ he said.

Analysts are predicting that Foster’s will either be approached by a rival bidder with a new offer or that SABMiller will increase its bid. Robin Johnson, partner at international law firm Eversheds, said: â€œBrands are universal and brand value in the food and drink industry, particularly in brewing, is very high. Foster’s is a business which can offer potential buyers entry into new markets, not only Australasia, but also globally through a well known drinks brand.

â€œAs a result, food and drinks brands have a significant premium and are much sought after as M&A targets. However, we are increasingly seeing brand owners outsourcing manufacturing and distribution and are moving towards a world in which brand owners are very separate from producers and distributors.â€