Yealands has relaunched a range of wines in the UK that highlight its plan to spent $NZ4 million to developing biodiversity at the company’s coastal Awatere Valley home in south Marlborough. 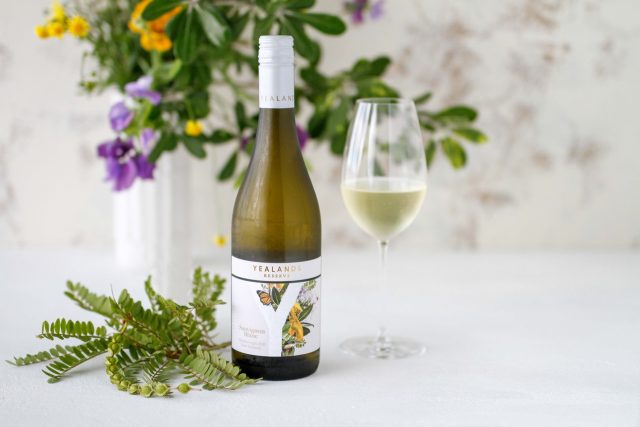 The ‘Beautifully Biodiverse’ Reserve line has been relaunched in light-weighted bottles, depicting the flora and fauna that can be found in and around the vineyard on its labels. It is being launched with a Reserve Sauvignon Blanc 2022, which chief winemaker Natalie Christensen described as “a generous, weighty style, with punchy fruit and herbal notes, and a delicious salty, almost savoury palate.”

The new look has been inspired by the producer’s biodiversity plan, which aims to reduce the company’s emissions by 50% by 2030 and become carbon positive by 2050.

It is, it says a “long term, inter-generational commitment” to protect and enhances sensitive natural areas in the region, including wetlands, waterways, coastal and erosion-prone hill country, which has been developed in conjunction with landscape architects, regional authorities and local iwi (Māori communities).  The plan involves planting 1 million native trees will be planted across 270 hectares which will improve water quality and  provide more habitat for wildlife, as well as boosting biodiversity across the region.

The plan also includes the development of educational and eco-sourcing facilities that will benefit the community.

Tiffani Graydon, CEO at Yealands, said the biodiversity plan would take the company’s ongoing commitment to the environment “up another level”.

“Through promoting biodiversity, our vines burst from richer soil and thrive in a natural environment that is beautifully biodiverse and abundant in flora and fauna, producing wines bursting with flavour,” she explained, as well as being key to achieving its ambitious emission reduction targets and becoming carbon positive by 2050.”