Margaret L. Duckhorn, the cofounder of The Duckhorn Portfolio, and a leader in the Napa Valley community, has died. 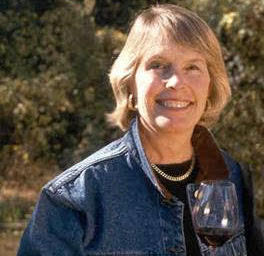 Duckhorn, who was an iconic and pioneering figure in the modern Napa Valley winemaking era and who played a pivotal role in establishing Merlot as one of North America’s most popular varietal wines, passed away peacefully on Saturday at the age of 83.

During her life, Duckhorn helped to change the face of the US wine industry, when she and then husband, Dan Duckhorn, co-founded Duckhorn Vineyards in 1976 and made their inaugural vintage of Napa Valley Merlot and Cabernet Sauvignon in 1978.

Though many Napa Valley wineries were using Merlot as a blending grape Duckhorn believed it was underappreciated in North America and championed its potential in California – a decision that ultimately helped establish Merlot as one of the New World’s most popular and respected varietals.

Born on Governor’s Island, New York, Duckhorn was raised in a military family and travelled widely in her youth. Studying at the University of Maryland campus in Munich, Germany, she first became interested in wine after being exposed to the Mosel region’s distinctive wines.

Returning to the US, she received her B.S., R.N., and P.H.N. degrees from the University of California at San Francisco in 1963. After graduation, she worked as a public health nurse for the city of Berkeley before starting a family in the mid 1960s.

In 1976, the Duckhorns and a group of investor friends founded Duckhorn Vineyards and took an extremely active role in the day-to-day operations of the winery, hand-sorting the fruit and working alongside winemaker Tom Rinaldi during blending. Later, this led to her specialising in marketing and international public relations, becoming a strong voice for Duckhorn Vineyards, and a champion for the Napa Valley winegrowing community.

Establishing The Duckhorn Vineyards’ philosophy and core set of values was just one of the influential roles she played. “This valley is our home,” she once said. “We live here. Our children live here. We recognise the importance of taking care of this remarkable place, and of giving back to the community that has given us so much.”

Throughout her career, Duckhorn took an active position in the company and also played a key role in establishing Goldeneye, Paraduxx, Migration, an enhanced Decoy lineup, and Canvasback in Washington State. She was also highly involved on a philanthropic level in her community, and a strong advocate for Napa Valley on an industry-wide level, working both locally and globally to protect and promote the region.

Such was her integral involvement in an industry she loved, Duckhorn was one of the original members of Women for WineSense, a past board member of the American Institute of Wine & Food, past president of the Napa Valley Vintners Association, and past chairman of the board of California Wine Institute.

In 2007, when Duckhorn Wine Company was sold to GI Partners, she stayed on as director. In 2016, when TSG Consumer Partners acquired Duckhorn from GI, it was time to retire from the board, but, still, Duckhorn continued to remain passionate about the success of The Duckhorn Portfolio until her passing.

As a testament to the enduring significance and appeal of the company which she helped to build from the ground up, in March 2021, The Duckhorn Portfolio became the first wine company in almost two decades to go public.

Alex Ryan, president and CEO of The Duckhorn Portfolio, said: “Margaret embodied so many ideals of our company, she was kind, gracious, collaborative and charitable. In the industry, and our community, she always led by example, and instilled this remarkable sense of camaraderie, which made her an incredibly effective leader with a gift for empowering people and building consensus. She was deeply loved and universally respected. Her passing is a true loss to everyone who knew her, our community, and the industry, which she helped to pioneer.”

While services will be private, a remembrance board has been created online, and a book will be available at the Duckhorn Vineyard’s Estate House and the tasting rooms of the Paraduxx, Goldeneye, Migration, Canvasback and Calera wineries later this week for anyone wishing to share a message or condolences. The books will then be given to the Duckhorn family.

Duckhorn leaves three children, Kellie, John, and David all of whom are still active in the wine industry. She also is survived by seven grandchildren and two siblings.

In lieu of flowers, the family suggests donations to the Napa Valley Community Foundation.