This is what the younger generation wants from wine

Last week, at a Vinexpo Paris press briefing in London, it was revealed what younger consumers want from wine, and why they are drinking less, but spending more than their parents’ generation. 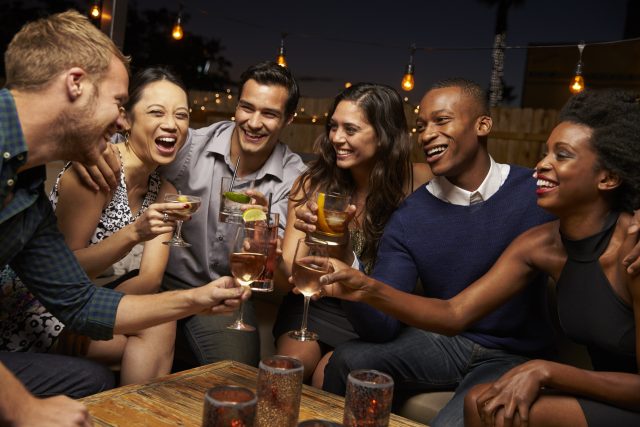 Having reported on Friday that the number of people under the age of 40 who drink wine at least once a month has fallen significantly over the past 10 years, and provided some reasons why that might be the case, it’s now important to turn our attention to what a younger generation are looking for when it comes to drinks, and particularly wine.

Such analysis stems from a presentation by Wine Intelligence COO Richard Halstead as part of an event held in the UK to share information on drinks trends ahead of next year’s Wine Paris & Vinexpo Paris – which takes place in the French capital on 13-15 February.

Entitled The battle of generations in the UK, Halstead said there were “fundamental changes afoot in the wine industry and its consumer base,” before noting the number of regular wine drinkers aged 18-39 years old had fallen from 37% in 2010 to 26% today.

As a result of such a trend, he stated, “Wine drinking is by and large an old person’s game,” before commenting that the challenge for the wine trade concerns “remaining relevant to its emerging consumers.”

So how might this be achieved? To address that, Halstead highlighted some aspects to this population group’s tastes and desires that might help the wine trade attract and retain consumers among younger age groups, which comprise millennials (25-39) and ‘gen Z’ (18-24), who currently make up 21% and 5% of ‘regular’ wine drinkers in the UK (with ‘gen X’ (40-54) and ‘boomers’ (55+) accounting for the rest: 25% and 48% respectively (see table, bottom).

In particular, Halstead drew on Wine Intelligence consumer research to show that drinkers under the age of 40 “enjoy trying new and different styles of wine on a regular basis”, and are “more likely to favour novelty-seeking” compared to ‘boomers’ (55+) who are “the most likely to rely on habitual purchase patterns”.

Also, while older consumers “are mostly focused on functional attributes” – such as taste, relaxation, and food matching – younger wine drinkers are most likely to drink wine “to celebrate special occasions”, as well as for “sharing” and “creating a warm and friendly atmosphere”.

In other words, said Halstead, for drinkers under the age of 40, “wine is a social beverage and one of some specialness.”

However, the decision to drink wine does, he noted, “depend on the type of occasion”, be it “Prosecco before going out”, “or because wine is the theme of the evening”, before commenting, “It’s less likely to be quotidian; it’s not a glass of wine at 6pm because it’s the end of the day, which is truer for older consumers.”

Furthermore, Halstead stressed that wine “must share space with a variety of other alcoholic beverages, particularly spirits, cider and cocktails” when it comes to younger consumers, which is also something that the wine trade should bear in mind when it comes to styles.

He said, “If you see what younger adult legal drinking age groups are buying, such as cocktails and RTDs, then it’s apparent that the flavour profiles tend to be sweeter, with flavours that sit easily together.”

Continuing he said, “That’s in contrast to red wine in an Old-World style with structure and tannin; so, there’s an issue with engagement – younger consumers are used to drinking things that are easier on the palate.”

While Halstead added that “it was always thus”, with people’s tastes changing as they mature, he also pointed out that “there is a lot more choice” when it comes to wine alternatives, making it harder to draw people into the category, even as their tastes develop with age.

Indeed, it is the development of a more competitive drinks category that explains why fewer younger consumers are drinking wine regularly, coupled with other trends, such as a rising focus on healthier living as well as a more cautious approach to alcohol because “drinking moderately is cool, and getting drunk isn’t.”

As for those under the age of 40 who do drink wine regularly, Halstead shared some news that should be considered positive for producers, particularly those of more premium, and sustainably-produced wines.

Noting that wine-drinking millennials in particular tend “to be participating in the wine category because they are really into wine”, he said that this age group were confident in their knowledge, keen to try different wines, and willing to spend more per bottle on average than those over 55 years old.

“Beverages that engage people more will succeed, but it is not going to be about selling sheds more, but trading up to a more interesting product,” he said, having noted that consumers aged 18-39 may only account for 26% of the regular wine drinking population, but 34% of the total spend in the off-premise.

This higher spend per bottle among younger drinkers relates to a number of factors, according to Halstead, including “showing off a bit”, as well as the fact that “price is a safety valve for younger consumers”, who are “trying to buy an interesting product too,” which tends to be organic, and come from a specialist retailer – further factors that tend to push such consumers into purchasing pricier bottles.

More generally, Halstead pointed out that disposable incomes tend to peak when a person is in their 30s, before costs such as children and mortgages come into play.

As for what these younger wine drinkers are spending their money on, Halstead stressed that there is a high demand for sparkling and rosé, because such sectors are “easy to understand, and offer reliability, because they are highly branded.”

“We can also see that natural wine is of great, or greater interest to those who are younger, but for those over 55, well, they may demand their money back,” commented Halstead.

Finally, Halstead observed that younger consumers are more interested in alternative formats, from half bottles to magnums, cans or “environmentally-friendly containers”, adding that there is “a willingness to engage with alternative packaging among younger people that we don’t see among older wine drinkers.”

In summary, Halstead said that “if you are a big volume wine producer your primary target now is those over the age of 40, who are drinking wine more regularly, and in more volume, than those in a younger age group.”

But, with the 55+ age group being “more value orientated” and “creatures of habit”, the opportunity for “specialist and more premium products” lies with millennials and gen Z, and especially when sold through the pubs, bars and restaurants – with the former age group showing “a particularly high willingness to trade up in the on-premise”.

Finally, Halstead said younger consumers were interested in a “much broader portfolio of products,” which meant that “wine is not going to have it easy ever again”.

Nevertheless, with millennials and gen Z drinkers confident in buying and learning about wine online, he said that it was possible to engage with them through appealing digital marketing. “If you have a good social media strategy, you can speak to this group,” he concluded.

The key points from the presentation, according to Richard Halstead, COO, Wine Intelligence

This is what the wine trade really needs to worry about