Tenuta Ca’Bolani in Friuli was acquired by the Zonin family in the 1970s, and has since been joined by the neighbouring estates of Ca’Vescovo and Molin di Ponte to create the largest expanse of vineyards in Northern Italy. 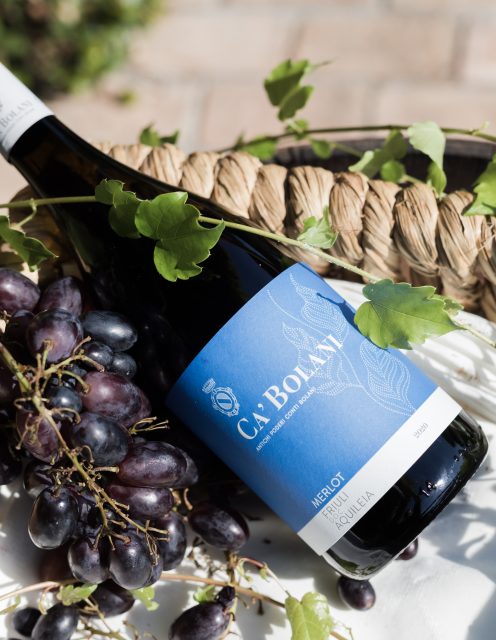 The 570 hectares of Ca’Bolani’s estate are planted on alluvial, mineral-rich soil sandwiched between the sea and the mountains. Ca’Bolani is “less than 15 kms from the Adriatic and less than 70 kms from the Alps,” says its winemaker, Roberto Marcolini.

This is the land of Acquileia, famed since Roman times with Pliny the Elder praising the quality of its wines and the lush beauty of its vineyards. But its history is even older. “In Aquileia, wine was made as far back as the Bronze Age, a thousand years before the Romans arrived there and made it a capital of the Empire,” says Marcolini who has held the role of winemaker for Ca’Bolani since 2001.

Thanks to its setting, Ca’Bolani “has quite a range of temperature between day and night, which works like a sort of aromatic booster for the wines,” he says. “This microclimate helps give Glera [the Prosecco grape] its rich bouquet, and being near the sea definitely has an influence on its salty, spicy character.”

Over the decades a great deal of work has been done in the vineyards to match the right parcel of land with the right grapes. “Our aim with Pinot Grigio, for example, is to produce a wine which is the purest and most significant expression of Pinot Grigio in Friuli,” says Marcolini, adding, that in essence “it is about transferring everything possible in the grape to the glass. If you’ve done that, you’ve done a great job.”

He goes on to explain how he collaborated with the late Professor Dubourdieu from Bordeaux on a project involving Sauvignon Blanc. “The aim was to achieve the maximum potential of the vine and the winegrowing district,” he says, “a process that culminated with the creation of our Sauvignon cru, ‘Aquilis’.” Later, a separate cru, also under the Friuli Acquileia DOC was created for Pinot Blanc, called ‘Opimio’

“Although Friuli is famed for its white wines, it should be noted that we are in the same ‘Alpha’ climate zone as Bordeaux, and we have the same daylight hours and sunshine,” says Marcolini. The classic Bordeaux varieties of Cabernet Sauvignon, Cabernet Franc and Merlot all do well here, but pride of place is given to Friuli’s very own native red grape – Refosco di Penduncolo Rosso.

“It’s a wine that is really fruity and spicy when drunk young within two or three years of the harvest, but thanks to its richness and natural acidity it can be very long-living,” he says. Ca’Bolani’s top expression of Refosco – ‘Alturio’– spends a year in French Allier barriques and can age for 10-15 years or more.