The co-founder of Westland American Single Malt Whiskey, which is now in its twelfth year, talks to Douglas Blyde about his “ludicrously early” start in distillation, the importance of considered agriculture, and his mentor… 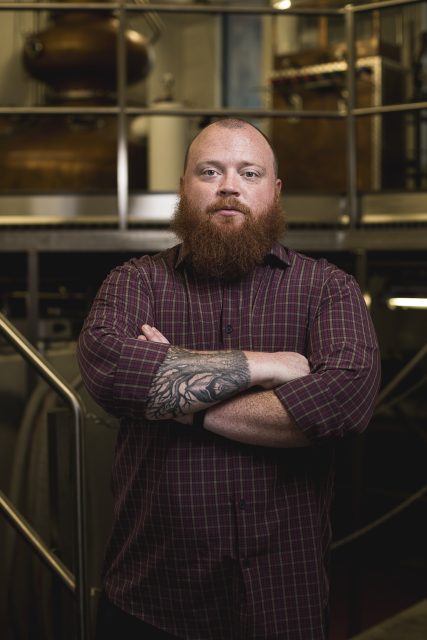 What is your origin?

I am 33 and have always lived in Washington State.

When did you start distilling?

At the ludicrously early age of 18 having purchased a “perfume still” from an unscrupulous internet vendor. I began making fruit brandies before my interest rapidly took me into brew shops as I got into malt whiskey. I became hooked as I learnt how much complexity can be derived from water, grain and yeast.

I’m pretty sure I started distilling before I ever actually had a whiskey!

I’ve always been a flavour nerd, obsessing, for example, over how there could be so much more complexity in a potato gratin which had been well executed at home versus an industrial ready meal.

How did you turn a fledgling interest into a profession?

As my passion for distilling became all-consuming, I dropped out of university where I had been studying economics and moved to London to join the programme at the Institute of Brewing and Distilling, followed by Heriot-Watt University, Edinburgh.

What was a defining moment in your journey?

A transformative trip to Islay which I noticed on landing has a distinctive smell. I stayed in a little B&B as the rain howled down outside – something I’m used to coming from Seattle – with warmth coming from a peat-fuelled fire. It made me think about how I could express the flavour of a place in a whiskey.

Where is Westland made?

West Coast America, which is very different from Kentucky or New York, being an innovative, progressive place of freethinkers.

What does the Westland logo signify?

Using Pacific Northwest colours and iconography, our logo shows a local fir tree whose roots are formed from a steam coil. 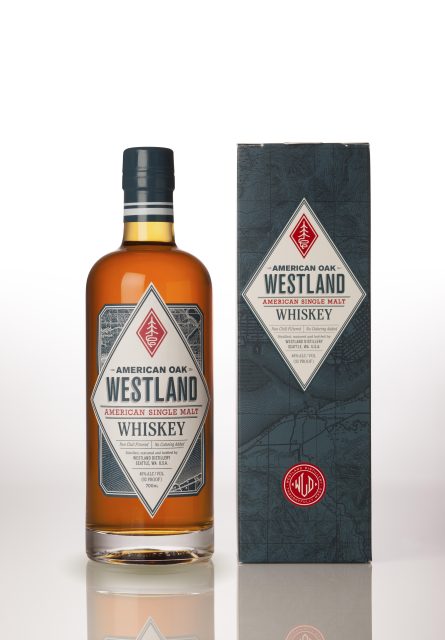 What do we see if we come to the distillery?

You can see how our really colourful and dark roasted barleys are mashed, smell the fermentation, and taste the new make spirit off the still. We also have special releases only at the distillery, and a seasonal cocktail flight.

Is it a Bourbon, or closer to Scotch?

It’s its own thing, reflective of the agriculture supporting it – and our location has one of world’s best barley-growing regions.

When did you begin distilling Westland?

21st June 2011. I made two casks that day with my high school friend, Emerson Lamb, whose family was instrumental in funding the project in the early days until Rémy Martin became involved. It was a little nerve-racking for the first few years! The same recipe, using five types of malted barley which you’d more often use for beer, including Belgium Saison yeast, and new American oak, still applies today.

Who has been a mentor to you, on your drinks-led journey?

Grain breeder, Dr. Steve Jones, who runs a “bread lab” at Washington State University’s extension lab. He has one of the world’s only fully organic breeding programmes, creating new varieties of barley for the public good. Benefitting farmers, these thrive in organic conditions and minimise the agricultural footprint. He inspired us to pursue regenerative, rotational-based agriculture, exposing varieties of barley grown for flavour. Previously, we were confined as whiskey makers to using very similar grains mostly grown in a destructive agricultural system. We now fully fund a PhD student at his lab. 60% of what we’re bottling at Westland comes from 26 varieties of non-commodity barley today; by 2025 that will be 100%.

What is the “American Single Malt Whiskey Commission”, of which you are a founding member?

A group of single malt distilleries in the USA which subscribes to a proposed standard of identity. I started it in March 2016 with eight members and today we have over 100. The stipulations are not so restrictive as to inhibit innovation, which is the calling card of our category, but do give consumers protection as to what to expect from a “Single Malt Whiskey”.

What editions of Westland are you most proud of?

American Oak is our core concept bringing together our signature five‐malt barley bill together with new American oak casks – two things practically unheard of in the old world. At 46% and non-chill filtered, it is designed to be drunk neat, though it does also make the best Manhattan. And then there is Peated which, unlike traditional peated whiskies which use 100% peated malt, is balanced by non‐peated malts. Sherry Wood uses hogsheads and butts sourced from the same region the Scottish find their casks. But what we do with them differs. Again, our five‐malt spirit plays a significant role, allowing us to balance the sherry influence with our local malted barley flavour. With only 3,000 bottles produced, Colere continues our exploration of new varieties of barley, bred outside the commodity system, using Talisman, a two-row winter variety descended from the irrepressible Marris Otter. And finally, Garryana, a whiskey which pursues true provenance with the introduction of an entirely new species of oak to the world of whiskey. To express the Pacific Northwest terroir, barrels are made from American white oak, grown within a 30-mile ribbon of land.

What awards are you most proud of?

In May 2022 Westland was named Global Sustainable Distillery of The Year at the World Whiskey Awards, and before that, Global Craft Distiller 2016 – which means people are understanding of what we do.

What are your final thoughts?

There has never a better time to be a whiskey maker. For us to build something new in a 500-year-old industry is a thrill.

Find out more about Westland: uk.westlanddistillery.com