Wild Beer Co is set to release a new wild ale made from harvested wasp’s yeast as part of its new 10th Anniversary Box. 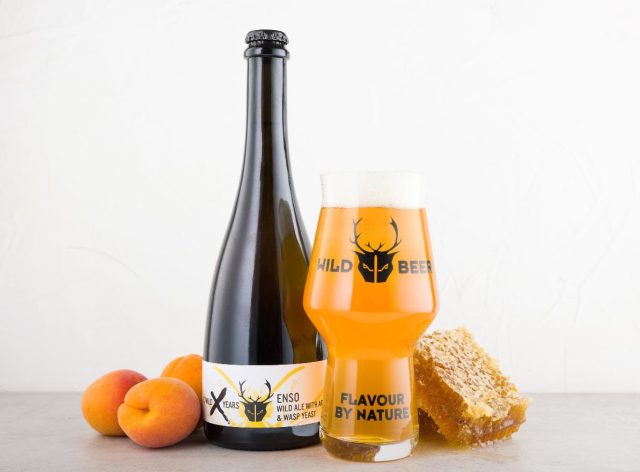 The beer, named Ensō, is a 5% ABV wild ale that has been brewed with apricots and wasp’s yeast and has a “fresh” and “sweet natural honey flavour”.

Speaking to the drinks business, Wild Beer Co’s lead brewer, Russ Sykes, said: “Enso has been a long term project of mine and is the culmination of five years of research and experimentation. Capturing yeast strains, which give a unique and pleasing character to the beer they ferment, will always need either luck or many attempts. But, through this project, I’ve been able to bring in-house the processes to isolate and trial new yeast strains and propagate these to the quantities required for commercial brewing. The door to an exciting microbial world full of new yeasts, and their flavours, is now open to us.”

Sykes added: “This kind of project is what we are all about, so had to be investigated. Wasps are proven to play a significant part in the preserving of wild yeast throughout the colder months, and then helping to reintroduce it back into the wild when spring arrives. After much research and discussions with relevant people and entomologists, we managed to harvest a wild yeast from an abandoned wasps nest which was found on the farm next to the brewery. It has been harvested over the last five months and then finally used to produce this wonderful beer.”

He explained to db: “Ensō means a circle that is hand-drawn in one or two uninhibited brushstrokes to express a moment when the mind is free to let the body create [and is] also meant to represent the cyclic nature of life. That energy – in this case yeast – is not lost but passed on.”

Currently, Ensō is only available as part of the Wild Beer Co 10th Anniversary Box, but there are plans for it to be released as a separate product in a couple of months.

The 10th Anniversary Box is available on pre order via the Wild Beer web shop retailing at £74.99.