From 13th September, Tomatin Distillery Co. Ltd is releasing 1,500 70cl bottles of Shirakawa 1958 Single Malt Japanese Whisky from Takara Shuzo Co. Ltd which has an RRP of £25,000. Douglas Blyde speaks to the Managing Director of Tomatin about how to pronounce it, where it came from, why it might be “the rarest Japanese whisky ever released” and of course, what it tastes like… 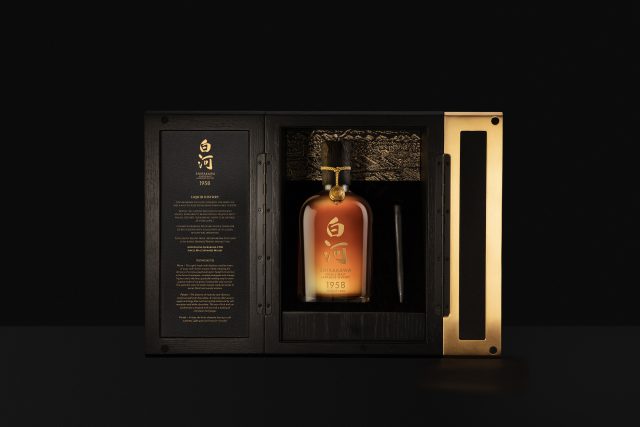 How long have you worked for The Tomatin Group, and which roles have you undertaken to date in the business?

What did you do before?

I was always interested in fine spirits and studied for a business administration degree and specialised in sales and marketing.

How do you pronounce “Shirakawa”?

Where was the Shirakawa distillery?

It was built in Fukushima Prefecture. Operating for nearly six and a half decades, it produced malt whisky between 1951-69, being one of the first distilleries in Japan to do so.

Was the distillery owned by Takara Shuzo, the parent company of Tomatin Distillery Co. Ltd.?

The distillery was originally built in 1939 by Daikoku Budoshu and purchased by Takara Shuzo in 1947. The vast majority of the whisky produced was used in Takara Shuzo’s flagship “King” blended whisky brand. The Shirakawa Distillery then was demolished in 2003.

Was it known for single malts?

When and why did it close, and can it ever be re-established?

Although Japanese whisky was beginning to gain international recognition and acclaim in the early 2000s, exports were almost negligible and consumption within Japan, where shochu had overtaken whisky in terms of market share in 1985, continued to decline. As such, whisky production across Japan was greatly scaled back at this time. However, malt whisky production at Shirakawa Distillery had ended long before this. During the 1970s and 80s, Takara Shuzo’s focus shifted from whisky to shochu. By the early 2000s Shirakawa, which was suffering from old age, was only used as a bottling hall and in 2003 it was closed and the buildings demolished. The land where Shirakawa Distillery once sat was subsequently gifted by Takara Shuzo in 2011 to build emergency housing to accommodate the locals who had been displaced by the 2011 Tohoku earthquake and tsunami.

How was the special release discovered?

Tomatin Distillery Co. Ltd had been bought by Takara Shuzo in 1986 and I became fascinated by the story of Shirakawa and its history of whisky production and why so little was known about this aspect of the company’s history. There had never been an official single malt bottling, and the distillery had long gone, but I couldn’t help wondering what if a part of liquid history lay unearthed. After several in-depth discussions with colleagues at Takara Shuzo the last remaining parcel of Shirakawa was identified in 2019. When I discovered that the last remaining stock was distilled in 1958, I was astounded! It was a genuine “WOW” moment as I realised very quickly that what we were dealing with was extremely rare. The final remaining parcel was identified in Takara Shuzo’s Kurokabegura in 2019. The liquid had been distilled in 1958, aged in cask, then transferred to ceramic jars at the distillery. When Shirakawa closed, it was put into stainless steel tanks at Takara Shuzo’s factory in Kyushu where it lay untouched – until now. 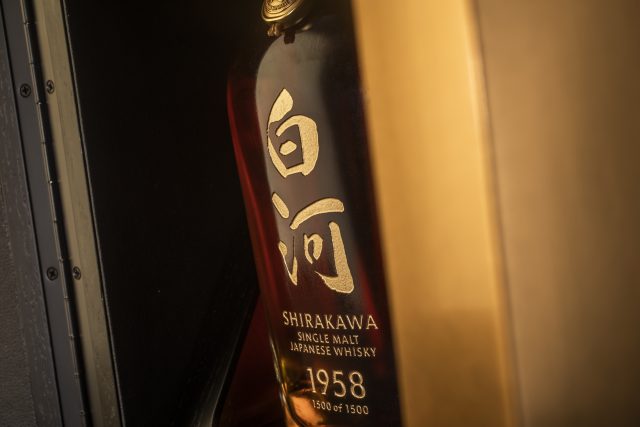 When was it distilled, and how has it been aged?

The precise age of the whisky cannot be specified; although it is clear the liquid was matured in oak casks, the type of cask and length of maturation remains unknown to this day. A production summary book from March 1990 shows that from 1958, when this whisky was distilled, to 1966 the vast majority of casks used at Shirakawa were 350-litres in capacity and made domestically from Tohoku and Hokkaido mizunara (Japanese) oak. However, American white oak and “imported casks” were also used from time to time. Although it would be logical to assume that these imports began later in the period in discussion, and sensory analysis points to the use of Mizunara oak in the Shirakawa 1958, there are no records to back this up.

How does it taste?

For me the overriding flavours are floral and fruity but with delicate hints of smoke and exotic spices. It’s a whisky that shouldn’t be rushed, you need to take your time with it in order to appreciate its complex layers of flavour. On the nose, this aged single malt displays complex layers of waxy oak-driven aromas whilst retaining the vibrancy of a truly exceptional spirit. Sweet fruits and nuts in the form of marzipan, candied pineapple and orange liqueur are to the fore, gradually making way for more organic notes of cut grass, honeysuckle and coconut. The seductive scent of exotic incense captures waves of spices, floral and woody aromas. On the palate, the balance of maturity and vibrancy continues well onto the palate. An almost effervescent apple and zingy lime curd are quickly balanced by soft marzipan and white chocolate. This mix of fruit and nut evolves into a tropical trail mix with a dusting of cinnamon and ginger. Finally, on the finish, over time, the fruits dissipate leaving a soft nuttiness, light spice and a touch of smoke.

Is there anything else like it in the history of Japanese whiskey to your knowledge?

The discovery of this parcel of Shirakawa Single Malt Japanese Whisky is a momentous occasion in Japanese whisky history. There will only ever be this official bottling from Shirakawa Distillery, one of the pioneers of malt whisky making in Japan and limited to just 1,500 bottles worldwide. In addition to this, the 1958 is the earliest known single vintage Japanese whisky. As a result, this is the rarest Japanese whisky ever released.

As there is only one parcel of the Shirakawa 1958, this limited relea is integral to the rarity and remarkable history of Japanese single malt production.

When and where may it be purchased?

Does it compare to anything crafted at Tomatin?

It’s a single malt that has been produced using traditional methods, therefore, it has the characteristics you would expect from either a Japanese or Scottish single malt that has been matured in cask for a significant period of time. My initial reaction when I first tasted it was that it was comparable in quality with our Tomatin 50 year old, with its own unique style of course but it really is an absolute joy to taste/drink.

Are you purchasing a bottle for your own collection?

I haven’t broached that subject with our sales team yet, they are a pretty formidable bunch who will be keen to ensure our customers are well looked after. So I might have a fight on my hands!

Have you visited Japan?

Many times. It’s an amazing country with a culture that I can really buy into. From a professional perspective, Japanese companies really aim for the stars when it comes to quality and their attention to detail is phenomenal. These traits probably explain why they have been producing single malt to such a high standard for such a long time.

Does this release tighten bonds between Japan and Scotland?

I think Japanese whisky has and will continue to have a long-standing relationship and association with scotch whisky and Scotland. This release has certainly been monumental for early Japanese single malt production and I like to think the bonds between them will only grow as time goes on.