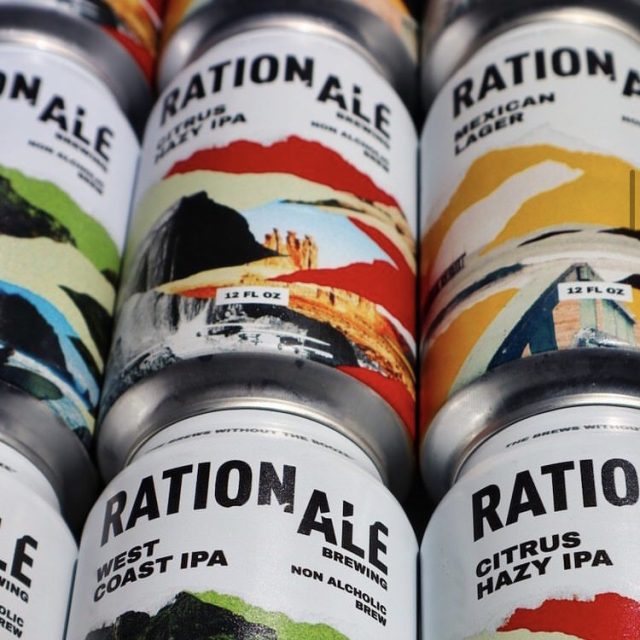 In conjunction with the distribution across Colorado, RationAle is introducing its four different non-alcoholic beers in six-pack cartons of 12 oz cans for the first time since launching in late 2021.

RationAle Brewing founder Jamie Fay said: “Our partnership with Breakthru Beverage couldn’t have come at a better time, as we have built such strong momentum in the California market, equipping us with a winning playbook for our first foray across state lines. Breakthru is the gold standard of what a distribution partner should be. We’re honoured to be welcomed into its portfolio of best-in-class beer, wine and spirits brands, to seize the immense opportunity within the non-alcoholic beer category, which is increasing at a more-rapid pace than ever.”

Breakthru Beverage Colorado ice president of sales Shane Cahill explained: “While Breakthru is very strong in the craft beer category, we have a limited number of non-alcoholic (NA) options. To best position us for growth in the NA beer space, we needed to partner with the right brand. Bringing RationAle in adds huge value to our establishment as well as for the Colorado consumer. Jamie is passionate about supplying the best-tasting product and that’s ultimately what’s going to drive people to RationAle. My goal would be for RationAle to be a top 10 brand in our portfolio and once you get ‘liquid to lips,’ I feel that’s an achievable goal.”

In California, RationAle had already gained traction and built upon the non-alcoholic craft beer set in the fridges of Erewhon Market, Mollie Stone’s, Olivers, Lassen’s, Seaside Market and more.

Fay added: “When I launched RationAle nearly a year ago to offer up a great tasting, quality alternative to those of us seeking moderation, I couldn’t have imagined where we would be at this stage of the game: Four completely-crushable flavours of NA craft brews, incredible retail partnerships, and a presence in both CA and CO. To say we’re stoked for what lies ahead would be a complete understatement.”