Extreme heat in 2022 has reduced Douro Valley yields by up to 50%, but quality is expected to shine through for Ports produced from old vines, according to Adrian Bridge, CEO of The Fladgate Partnership. 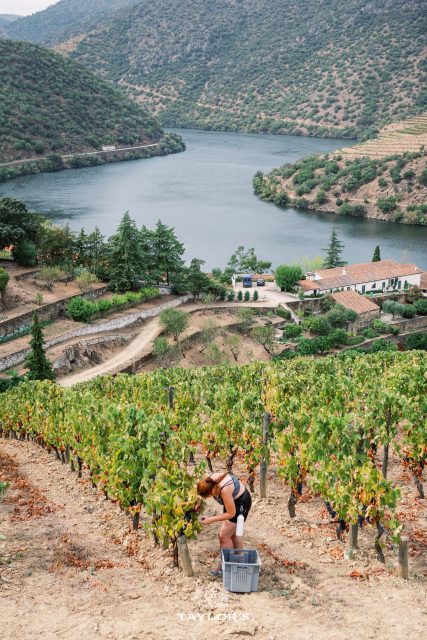 “2022 has been an extraordinary year on a number of different levels, geopolitically and climatically,” Bridge told the drinks business, reflecting on the harvest.

“It’s been a year which, like many parts of Europe, has seen heatwaves,” he added. “But to a large extent we’re used to that in the Douro. it’s not uncommon that we have two weeks in a row over 40°C. So that in itself isn’t the issue.”

Vines in the region have a relatively high drought tolerance, and are used to these hot conditions. Issues arise when temperatures remain high during the night, lessening the diurnal range.

“Like many parts of the world, we had high nighttime temperatures, which obviously doesn’t give the vine much chance to recover,” Bridge added.

On the eastern end of the Douro Valley, yields of Port grapes are down in some places as much as 50%.

Grapes harvested in 2022 have thick skins, meaning a lot of colour potential and flavour for Port wines being produced this year, “but not a lot of juice”.

Limited yields combined with low levels of juice will cause production rates in the Douro to suffer this year. Grapes are also “a little low on the acidity this year”, making it a tough harvest for those in the region attempting to make table wines.

But for Port producers with old vines, quality is looking promising.

“Here in Vargellas we’re quite fortunate because we’ve got a lot of old vines,” Bridge said, comparing the vintage to the low rainfall and hot conditions of 2004. “You end up with the vines that have very extensive root structures, because they’re old, actually doing quite well.”

Bridge is “very optimistic” about 2022. Plantings lower down in the valley, which often struggle to reach full ripeness, are looking “very very good”, and grapes which would normally be used to produce a Ruby Port by the estate will this year be set aside for a Reserve Ruby of “higher quality”.