Interactive map shows where Wetherspoons drinks are cheapest in the UK

With the cost of living crisis upon us and prices continuing to rise, there’s never been a better time to be armed with the knowledge of where to find a bargain. This interactive map will show you where the cheapest drinks in Wetherspoons venues in the UK can be found. 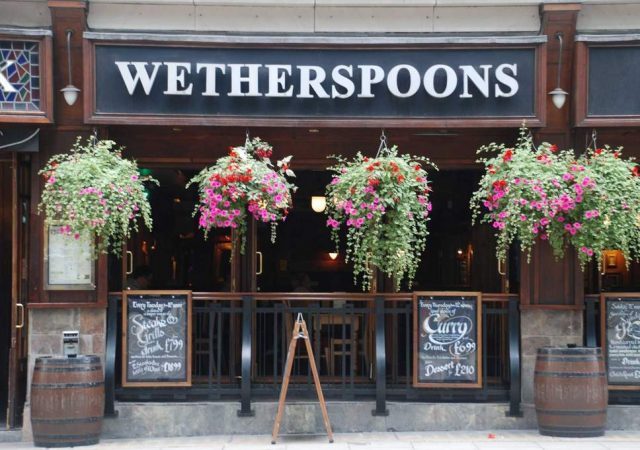 Wetherspoons is already known primarily for its cheaper-than-you’d-expect food and drink, but if you’re looking to push the prices down even further, this handy interactive map may well be your new best friend.

And if you’re thinking that you’ll need to traipse all over the country to save a quid on a pint then think again, because Pantry & Larder’s map found that in London, you could be sipping a pint of Carling for £4.39, and be located just two miles away from a pint that’s 43% cheaper.

Talking of Carling, the cost of a pint of the larger varies by a whopping 191%, with prices ranging all the way from £1.99 to £5.79 in Wetherspoon venues (excluding airports).

“Drink prices vary massively across the UK. And it’s not just as simple as London being more expensive than the rest of the UK. For example, a bottle of Prosecco at my local costs £16.39. Less than three miles away, the exact same drink is 39% cheaper. Interestingly, certain drinks such as Camden Hells lager are significantly cheaper in Scotland”, said Veronica Fletcher of Pantry & Larder.

In essence, the map allows you to search by a range of drinks which then display prices at Wetherspoon venues across the country.

Useful if you’re planning a few pints in a city and want to save some cash along the way.

Man spends £17,000 in quest to visit every Wetherspoons