Gigondas AOC, in the north of Vaucluse, is set to be extended to white wines from the 2023 vintage, after an unanimous vote in favour of the request. 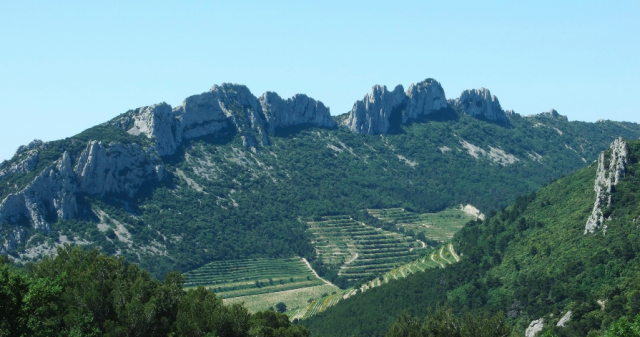 The appellation celebrated the 50th anniversary of its accession to cru status in 2021.

During its National Committee on Thursday 8 September, the National Institute for Origin and Quality (INAO) voted unanimously in favour of the request.

The process of extending the AOC Gigondas to white wines began 11 years ago. In 2011, the Defence and Management Organisation (ODG) of Gigondas set up a working group made up of winegrowers and merchants to study the production of white wines, and experiments were made from white grapes grown in different areas of the appellation.

In 2018, as a result of the quality of the tests carried out, the ODG Board of Directors validated the project to modify the specifications to include white wines.

Clairette Blanche will be the main grape variety, with wines requiring a 70% minimum. According to the new specifications, Clairette Blanche is permitted to be vinified alone or in blends with traditional varieties from the Rhône Valley present in Gigondas, including white Bourboulenc, pink Clairette, white Grenache, white Marsanne, white Piquepoul or Roussanne. Viognier and Ugni Blanc are permitted as up to 5% of the grape variety.

The majority of old plots which originally housed white grape varieties have since been renewed with red grape varieties since obtaining AOP in red and rosé in 1971. However, several estates continued to vinify whites in Gigondas despite the “lower” denomination of AOP Côtes du Rhône.

Today, more than 16 hectares are planted in white by around thirty operators; a higher volume than the Gigondas rosé, according to CVI figures from the 2019/2020 campaign.

An estimated 15% of operators are predicted to vinify white Gigondas in the next five years.

In other news, Languedoc wine producers have expressed their fury at a decision by the European Union to prevent them from using the grape name Vermentino on labels from this vintage. Read more on that here.