Real Drinks Co., which markets itself as the producer of a non-alcoholic alternative to sparkling wine, has announced that it will be opening a state-of-the-art facility in September. 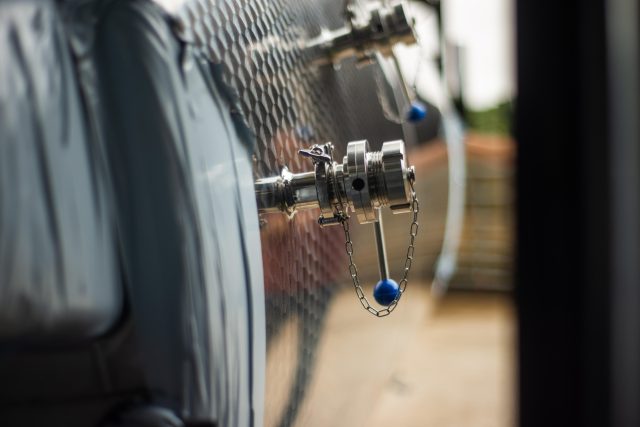 The company was founded in 2017 when founder David Begg sought new, non-alcoholic pairings to go with food after he had given up drinking. Tasting kombucha and realising its potential, Begg soon partnered with tea expert Will Battle, experimenting with more than 150 different types of tea. There was also input from beer brewers, Champagne producers and microbiologists during the development process.

Eventually, the company landed on its two signature styles: Royal Flush, made from first flush darjeeling, and Dry Dragon, made from ‘Dragonwell’ longjing green tea.

The new production site, called ‘The Fermentery’, signifies a major step-up in terms of Real Drinks Co.’s production capabilities, and the the company’s ambitions. Located on Waddesdon Estate, Buckinghamshire, it will increase Real’s production from 10,000 litres a month to 250,000 litres.

The production centre will also be open to the public for tastings and tours, providing a non-alcoholic alternative to wine tourism, which is increasingly popular in the UK.

Begg said that he was “delighted” with the company’s “new home”: “Waddesdon Estate LLP and Real have an important shared philosophy, and ongoing conversations with the estate director, Garth Clark, have uncovered a mutual fascination and respect for soil health, bacterial development and generally a meeting of minds.”

While a bottle of the sparkling tea retails in Sainsbury’s for £8, there are more expensive options in the sparkling tea market. Earlier this year, popular YouTube channel Sorted reviewed £20 bottles of low-ABV kombucha.