Kingsland Drinks Group has teamed up with craft producer Manchester Still to open a ‘game-changing’ craft spirits facility next to its site in Irlam that marks ‘a major step forward in the firm’s momentum’ it said. 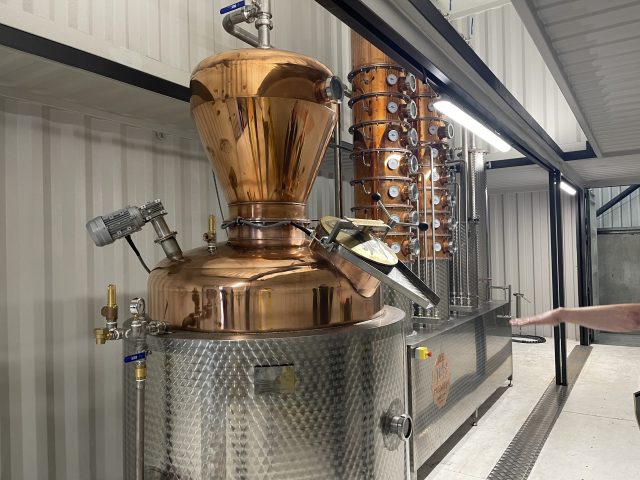 The new site, which is due to open this month, will enable Kingsland Drinks and its sister company Ten Locks to create its own artisan spirits, furthering the company’s plans to become a full-service drinks company that can collaborate with its partners and customers across the UK on- and off-trade to create bespoke craft spirits.

The site will also be the home of its partner, Manchester Still’s premium brands.

The new fermentation and distillation site, which has a planned pipeline of spirits NPD, including the first home-grown innovation from Ten Locks that is expected this summer, will focus on developing innovation premium spirits and non-alcoholic drinks to cater for the growing demand for contract distilling, it said.

Kingsland Drinks Group chairman Andy Sagar said the partnership was “a well-planned and executed next step” in the company’s growth strategy and part of its  sustained investment pipeline that will support the  diversification and extending [of its] services in tandem with complementary partners,” he said.

“The partnership realises a desire we’ve had for some time – to create world class spirits on home turf and present a true full service offering to the industry,” he said. “We’re proudly creating crafts spirits shoulder to shoulder with Manchester Still. This is the coming together of two northern companies ready to firmly cement Greater Manchester’s growing reputation as a hive of innovation in the drinks industry.”

Manchester Still was founded by Dr Sam Rowley-Neale and Dr Michael Down with the aim to use scientific methods to create hand-made, small batch, premium artisan spirits and brands in the north-west of England.

Rowley-Neale called the partnership  a “truly game changing facility for the innovation, incubation, and development of Manchester/UK based spirits, that in time will garner a global reach”.

“We look forward to engaging and working with the Kingland Drinks and Ten Locks family on our joint goals and aspirations,” he said.

Last year, Kingsland Drinks Group recorded an operating profits of £3 million, despite the challenges of the pandemic and Brexit, which is said illustrated the company’s ability to be profitable despite “volatile and challenging trading conditions”.   Total sales revenues rose 7.5% to £218 million, excluding duty, in the year to 30 June 2021.

In recent years the company has installed new canning, bag in box and carbonation manufacturing lines, and new high-speed bottling line as well as reinstating its onsite winery, and expanding its NPD capabilities with a new laboratory.