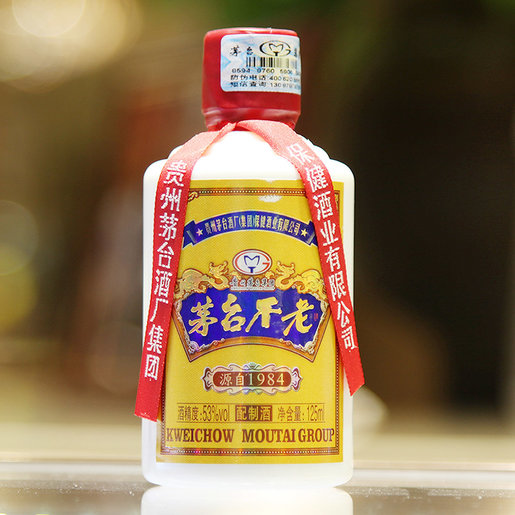 Typically distilled from fermented sorghum and rice, Kweichow Moutai Bulao is the first in the liquor portfolio to include longan, wolfberry, hawthorn, and Angelica dahurica in its ingredients to give the baijiu a smoother taste. Furthermore, it goes all out with a 1000-year-old traditional brewing technique, which producing one batch of Moutai Bulao takes a minimum of three to five years.

Specially designed for overseas markets, Moutai Bulao comes in a smaller volume of 125ml to encourage trial among people who are new to the liquor. It also comes in a 4-bottle bundle which makes a great gift.

To support “Tasting Era”, a marketing initiative to promote Moutai Bulao with Chinese food pairing, a smart liquor experience machine is designed to retail Moutai Bulao in a new volume – 5 ml shots – via a network of F&B and lifestyle establishments.

The grand launch of the worldwide “Tasting Era” campaign was kicked off in Singapore last month, where around 350 guests were treated to a sumptuous dinner.

In Hong Kong, the first phase of the “Tasting Era”, MTBL is targeting to deploy 200 units of its latest smart liquor machines across Hong Kong. The brand is also offering a special, limited-time treat for Hong Kong consumers by giving away 8,000 Moutai Bulao shots, which can be redeemed at F&B and lifestyle establishments via the Chang Chang app.

By incoperating technology, customers’ needs can be better managed by relying on digital network infrastructure, large-scale data collection and analysis, and a network of smart liquor experience machines.

“Baijiu is experiencing rapidly rising demand overseas and there is tremendous potential for growth. But beyond its novelty, baijiu is also rooted in centuries of culture and tradition – it is the spirit that binds and encourages social interconnectivity, perfect for large gatherings at banquet tables over a multi-course meal. By launching the latest generation of our smart machines at restaurants worldwide, our impetus is for consumers to be acquainted and immersed into the world of baijiu as authentically as possible – through a shared celebration of food and drinks,” said Mr. Joe Sun, Executive Chairman and Chief Executive Officer of Ascent Bridge, the Group that owns MTBL.

According to the brand, Moutai Bulao goes well with Western meaty and seafood dishes, as well as grilled Korean foods, caviar and Japanese sashimi. It also shows great potential in cocktails. This presents a great opportunity for the liquor to appeal younger audiences.

MTBL also plans to set up 16 Cultural Centres around the world. Visitors can expect interactive cultural exhibitions and liquor tasting spaces where they can learn more about the unique distillation and fermentation processes involved in making baijiu and Moutai Bulao through an immersive VR experience. In 2019, the first overseas MTBL Cultural Centre has already opened in Singapore.