Sonoma producer DuMOL is setting a benchmark for California’s evolving Pinot Noir and Chardonnay as it celebrates 25 seasons of crafting age-worthy wines from top cool-climate vineyards in the Russian River Valley.

California Pinot Noir and Chardonnay styles have continued to evolve as wine lovers increasingly seek vibrancy and freshness in their wines. Acclaimed Sonoma producer DuMOL has been at the forefront of this stylistic evolution, crafting highly nuanced, vineyard-focused Pinots and Chardonnays from more than two dozen sites.

The winery has been a leader in the region for more than two decades, helping pioneer the Green Valley of the Russian River Valley, one of California’s top cool-climate regions for Burgundian grapes.

Since its inaugural 1996 vintage, the DuMOL team has been dedicated to farming top vineyards in the Russian River Valley and Sonoma Coast. Inspired by its vineyards, and driven by a goal of crafting wines that create connections, the team’s philosophy centres around vintage-specific winegrowing and winemaking to produce wines with depth, clarity and elegance.

“It takes a while, working with a vineyard, to discover its defining characteristics. Then, it takes even longer to discover an appropriate winemaking approach and sensitivity – a lightness of touch – to highlight those features in the wine,” winemaker, viticulturist and partner Andy Smith (right) says.

“We’re proud to release the 2020 vintage wines, which among recent vintage wines, showcase the culmination of many years of developing a deep understanding of our vineyards and refining our winemaking approach to shine a light on these distinctive sites.”

Smith understood early in his tenure at DuMOL that to truly become a world-class wine producer, they would need an exceptional estate property that could bring gravitas and longevity to the winery. After extensive searching, in 2004, he and his team discovered a beautiful set of east-facing ridgetop sites in the Green Valley district of the Russian River Valley about 10 miles from the Pacific Ocean. Smith recognized the region’s potential to grow some of the finest Pinot Noirs and Chardonnays in the world. Today, it’s the site of DuMOL’s Estate Vineyard, made up of 30 acres across four contiguous parcels.

Situated at the southwestern edge of the Russian River Valley, Green Valley encompasses some of the region’s finest vineyards. Roughly bounded by the towns of Forestville, Occidental and Sebastopol, it’s the coolest and foggiest section of the Russian River. The thick fog pours in through the Petaluma Gap covering the region first and burning off last, which leads to cooler morning temperatures than in other parts of the Russian River.

Pinot Noir and Chardonnay thrive in the region’s cool climate but DuMOL is also experimenting with different grape varieties as well. In a first for the region, the winery has planted the Spanish grape Mencia, which hails from the Iberian Peninsula and features prominently in the wines of Bierzo and Ribeira Sacra. Smith believes the grape has a bright future in the region. The winery has also planted Chenin Blanc at its MacIntyre Estate Vineyard.

With more than 50 years combined experience, Smith and his team have grown to understand each of their sites intimately. DuMOL is also a leader in high-density planting, which allows the vines to delve deep into the soils for nutrients, restricts growth, and encourages them to produce fewer clusters with small but very concentrated berries. Led by the core principle of being responsible stewards of their environment, DuMOL built a world-class winery in Windsor, CA in 2008.

DuMOL’s wines are produced in small quantities and released to its members during seasonal releases throughout the year. Members also receive access to private tastings and invitations to dedicated events. For access to DuMOL’s wines, visit https://members.dumol.com/join. 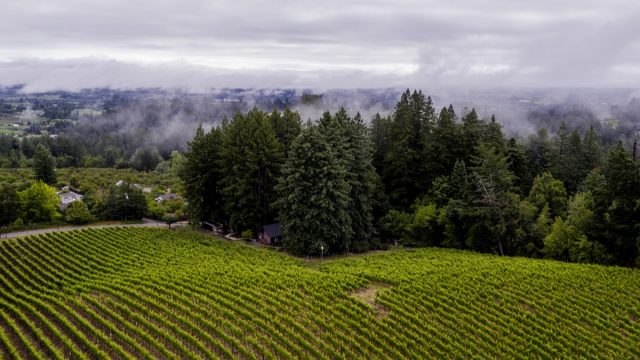 Colangelo & Partners is the leading fine wine and spirits-focused PR agency in the US offering five basic services: press relations, social media/ influencer marketing, event marketing, trade relations, and content marketing. With main offices in New York and San Francisco, Colangelo & Partners has an international team of PR professionals who are technically trained and certified in wine and spirits as well as the disciplines of communications.