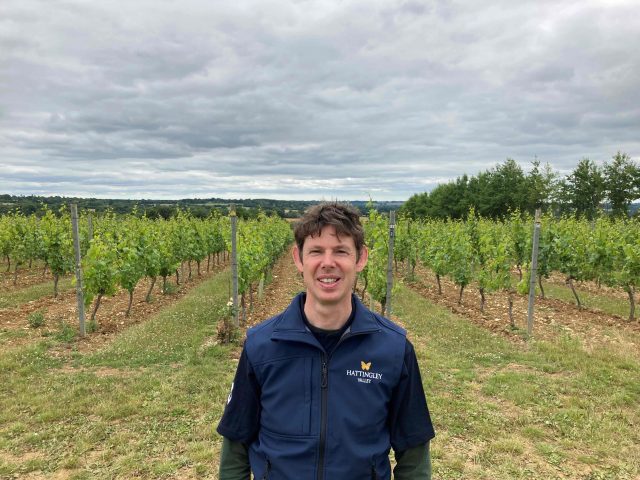 In his new role at Hattingley Valley, MacCulloch will be responsible for leading the team of winemakers, and overseeing the creation of still and sparkling wines at the English winery.

Simon Robinson, Founder and Owner of Hattingley Valley said: “I am delighted that Robert has agreed to join us to take Hattingley on the next stage of its journey. Robert has all the experience and drive needed to take us forward and I very much look forward to working with him.”

MacCulloch will be taking over the role of head winemaker at Hattingley Valley from previous position holder Emma Rice, who has been with the company since its origin in 2008.

Rice said of the new appointment: “Knowing that Robert will be taking the helm at Hattingley is hugely reassuring. The winery, the vineyard, the team and, of course, the wines, have been an integral and all-encompassing part of my life for the last 14 years and I am so pleased they will be well looked after. I wish Rob and the team the very best for the 2022 vintage and many more to come.”

Originally from the UK, MacCulloch became an MW in 2014.

He went on to complete the Graduate Diploma in Viticulture and Oenology, with its focus on cool climate viticulture, at Lincoln University in New Zealand.

MacCulloch said he was “deeply humbled and thrilled” to be appointed to head winemaker at the Hampshire-based winery, calling it a “hugely exciting time for the expanding English wine industry.”

“My role and challenge will be to build on the superb legacy of wine quality that Emma Rice has created whilst exploring new qualitative directions for Hattingley Valley’s winemaking.”

In addition, current Hattingley Valley operations winemaker James Rouse, who has been with the company since 2019, will be promoted to winemaker.

In other news, English and Welsh wine enjoyed soaring demand in 2021, with 9.3 million bottles sold – representing a 31% increase according to figures released by WineGB. Read more on that here.