From Wine List Confidential 2022, Douglas Blyde takes a closer look at Glasgow’s Cail Bruich, which was commended for its approach to wine and food matching… 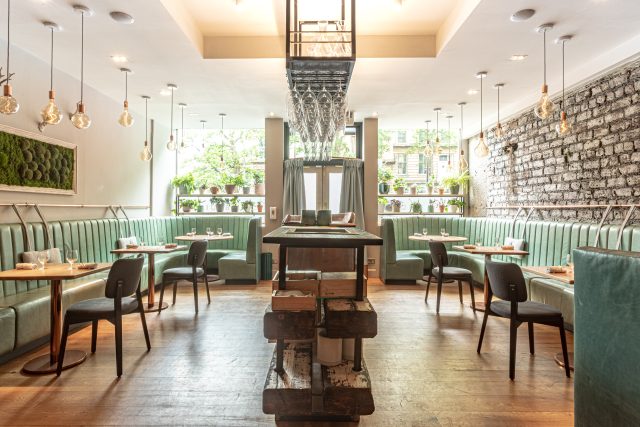 “Lorna McKee’s food was genuinely exciting in a city that often plays it burger-and-pizza safe,” wrote Marina O’Loughlin in The Times. “Her background is suitably stellar: 12 years working with the late, hugely lauded – and Michelined – Andrew Fairlie, of Gleneagles.”

Fergus Watson was feted to oversee all things vinous at Cail Bruich, meaning “eat well” in Gaelic. “As a teenager, I used to walk past the restaurant along Great Western Road on my way to school,” he recalls. He joined the venue from Number One at The Balmoral, Edinburgh, shortly after it became the first restaurant in Scotland’s largest city to win a Michelin star in 18 years – an accolade previously held by Gordon Ramsay’s Amaryllis (RIP).

His motto being, “drink wine, not labels”, Watson focuses on Old Word wines. “I would like people to remember Europe is just over the water and we cannot lose our historic connections with them despite the fallout of Brexit,” he says. The majority of guests choose Cail Bruich’s famed wine flights, “of which we have three,” notes Watson. So popular are these that many wines will run out before they reach the list. Costing £300, the top option, “Prestige”, might include 1971 Sercial Madeira which Watson pairs with “mushrooms on toast”. The dish, says Watson, was inspired by the staff breakfast cooked by a former alumnus of Noma. “He made staff food on the understanding you cannot look after the guest until you can look after one another.” 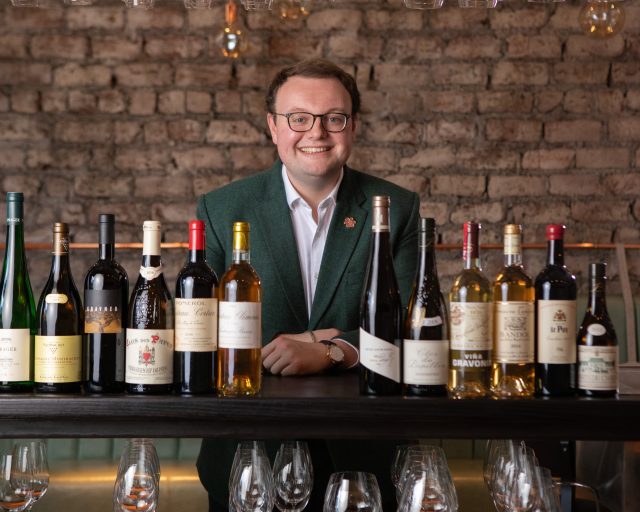 Meanwhile, Champagnes are given serious consideration. “We feature Delamotte, the prism-like Salon, and the firework in a bottle that is Krug, given chef Lorna is part of the Krug Ambassade. And at our elmwood chef’s table, we have shown a single ingredient dish alongside a current expression, being Grande Cuvée 169ème with a celebration of the humble onion.”

Despite being born into a family of sixth-generation label printers which produced 35 million whisky labels weekly, Watson chose hospitality, enrolling at City of Glasgow College, leading to stages in France. Here, he discovered wine was more than a mere drink – “it is a vital part of culture, history and lifestyle.”

Diners at Cail Bruich are invited to donate £1 towards the charity, Hospitality Health, of which Watson is a co-founding trustee with his former lecturer, Gordon McIntyre. “I wanted people of this industry to get non-judgmental help via mental health first aid courses run throughout Scotland to show operators what to look for – trigger movements – in people who might need help.”

Note, says Watson, who “once had lunch with Leonardo di Caprio,” the best seat in the house is table six in the window, for “keeping a good eye on both the wine station and the kitchen.”

When in “The Dear Green Place”, make time to visit other venues in the group, being Bar Brett, where Ronan Shaftoe, ex of Yardbird, Hong Kong serves yakitori, Sunday to Tuesday. Then there’s the all-day Epicures in the heart of Hyndland, and, just opened, Shucks, a fish brasserie with Champagne trolley.

Wine List Confidential, which evaluates 100 restaurants and wine bars, five members’ clubs, and five pubs, which are united in taking the pleasure of wine seriously, is out now – to purchase visit: https://www.thedrinksbusiness.com/2022/06/the-wine-list-confidential-2022-guide-is-now-available/