As Quinta do Noval announces the launch of its 2020 vintage Ports, a 2021 white wine and a 2009 Tawny Port, managing director Christian Seely reflects on how wine styles have evolved in the Douro. 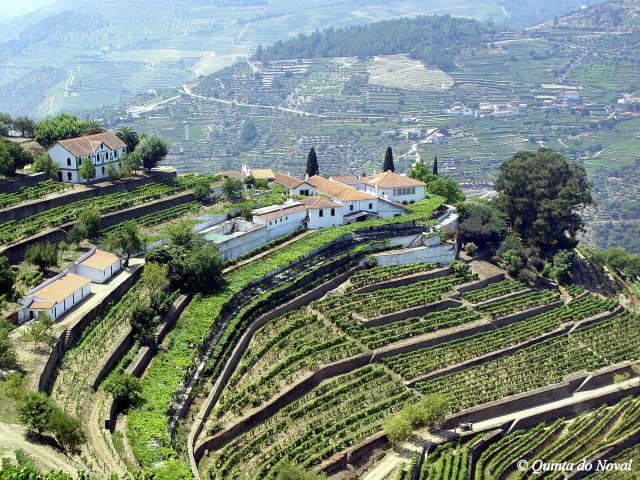 It is rare opportunity to be able to sample vintage Ports side by side. It is even rarer to have ten in a row, each from subsequent years. When asked how Quinta do Noval had declared a vintage every year from 2011 to 2020, Seely joked: “It cannot be helped – it almost happened in a fit of absentmindedness!..Normally, it might take 34 years to make 10 vintages of Noval – we did it all in 10.”

While the quality of each Port held up when tasted one after the other, the harvest varied significantly. In 2014 700 cases were declared, as opposed to 6,000 in 2016. From the Nacional vineyard, which gives its name to the vintage Nacional Port, the very largest production would be in the region of 250 cases.

The question of which of the decades-worth of vintages Seely would remove was posed, prompting him to say: “None – that’s why I didn’t!” 1994 was Seely’s first Quinta do Noval vintage, and he suggests that the young 2010s and 2020s are far more attractive than their predecessors.

The recently released 2020s (Quinta do Noval and Nacional) are already highly drinkable and the tannins soft, though Seely promises that “they will reveal something in years to come”.

For 2020, it was decided to keep a higher level of residual sugar (115g per litre for the Quinta do Noval and 113g per litre for the Nacional) than usual. The hot, dry year and prolonged ripening period lent the wines a richness which would be complemented by the greater sweetness.

“The thing about vintage Ports is that you go on revisiting them for decades”, he said. Indeed, the Nacional vintages are said to have a lifespan of more than a century.

Also showcased was the 2009 Colheita – a Tawny Port with aromas of nuts, spices and liquorice. Some of the 2009 has been bottled and has just arrived on the UK market, the remainder will continue to age in barrels until the time is right for future bottlings.

Seely stated that the winemaking philosophy was simply to show expressions of the terroir of Quinta do Noval. Though the aguardiente is carefully chosen, the desirable characteristics are “purity and neutrality” so that the wine is not obscured.

But beyond fortifieds, Quinta do Noval has also put its name on the label of a white wine for the first time. Reserva Branco, a blend of 60% Viosinho and 40% Gouveio, is barrel fermented. It is then barrel aged for five months, with 50% in new French oak.

Though this latest release is from 2021, the story begins in 2006 when olive groves on the estate were dug up and white vines were planted there instead. The site was once an Ancient Roman town, and Seely speculates that they may well have cultivated grapes: “We’re almost certainly replanting, 2,000 years later.”

Earlier this year, db spoke with Seely about the “exceptional” 2020 vintage.