Champagne Bollinger has become an official supporter of The Queen’s Green Canopy (QGC), a project that encourages people to plant trees as part of the Queen’s Platinum Jubilee, to celebrate her 70-year reign. 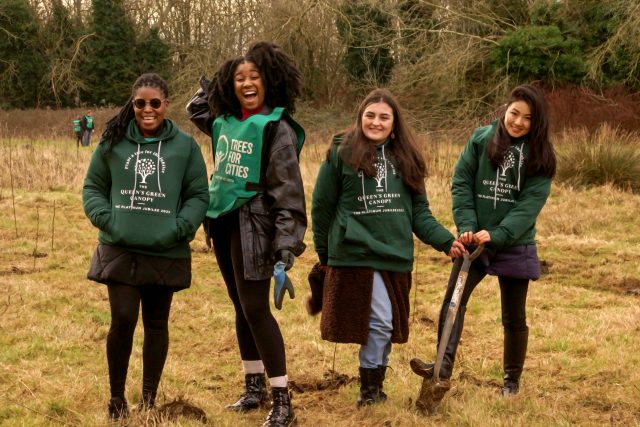 The Champagne House, which was first awarded the prestigious Royal Warrant in 1884, has been invited to take part in the initiative, working with people across the UK to ‘Plant a Tree for the Jubilee’ and highlight the importance of tree planting for the environment.

Its support will help transform a green space in Scotland – the ancestorial home of Madame Bollinger – planting trees to benefit those living in a disadvantaged area, with additional initiatives to be announced later in the year.

Chairman & CEO of Société Jacques Bollinger, Etienne Bizot said the family-owned group p behind Champagne Bollinger wanted to mark the occasion of Her Majesty The Queen becoming the first British Monarch to celebrate a Platinum Jubilee in a meaningful way. “It is a privilege to be able to give something back to Bollinger’s number one market which has always shown great affection for our Champagnes,” he said.

“As a family of winegrowers, the environment is a key consideration in all we do and is reflected in our commitment to sustainable viticulture. By supporting the Queen’s Green Canopy, we want to emphasise the significance of tree planting for the environment and the greater benefits it brings to society. We very much look forward to supporting this wonderful initiative.”

The Queen’s Green Canopy is inviting everyone from individuals to Scout and Girlguiding groups, villages, cities, counties, schools and corporates to play a part in enhancing the environment by planting trees during the official planting season between October to March. Tree planting will commence again in October 2022, through to the end of the Jubilee year. The initiative hopes to create a legacy in honour of The Queen’s 70 years of duty and leadership of the UK, which will benefit future generations. The Queen’s Green Canopy is also  dedicating a network of 70 Ancient Woodlands across the United Kingdom and identifying 70 Ancient Trees to celebrate Her Majesty’s 70 years of service.