Cristián Becerra Hertz has taken over as the new managing director of the family-run Chilean company, replacing Matías Rivera Fresno. 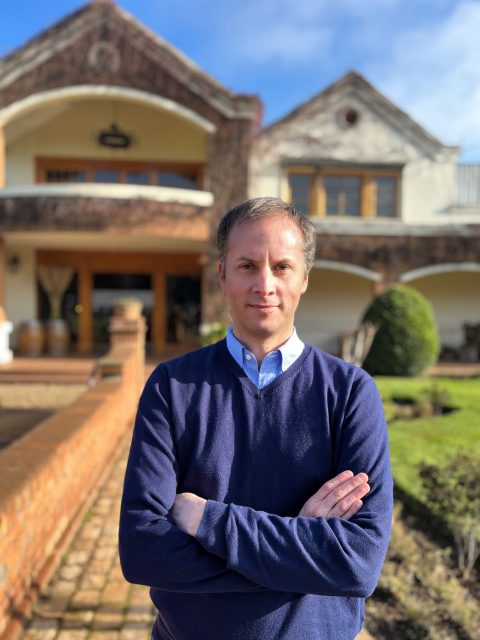 Having previously worked in Australia, where he gained an MBA from Melbourne Business School, Hertz returned to Chile in 2011 to work at ACW as export manager. Prior to this, he worked at FAO and The Mosaic Company, and undertook a degree in Agricultural Engineering at the Universidad Católica de Chile in Santiago.

ACW, managed by sisters Begoña and Ana María Aresti López, is based in the Curicó Valley and has been in existence for more than 70 years. It currently operates in more than 40 markets worldwide. Wines within its portfolio include Código 380, Trisquel and Cabina ’56. Several of its wines won medals at The Drinks Business‘ Global Grenache Masters.

Reflecting on his appointment to the role, Hertz said: “I am very happy and proud about this great new task. We know that we are living in challenging times, both in Chile and in the world, but I am sure that with the commitment and effort of ACW’s great team, we will take the company to the next level”.

Fresno led ACW for nine years. During his time there he implemented a new production line, launched new wines and products and oversaw vineyard renovation. In a statement announcing Hertz’s promotion, ACW expressed “appreciation” for Fresno’s years of service to the company.