3,000 bottle whisky collection to be relocated to new museum in Fife

The Unseen Valentino Zagatti Collection is moving from the Netherlands to a new museum in Scotland being developed by Scotch Whisky Investments. 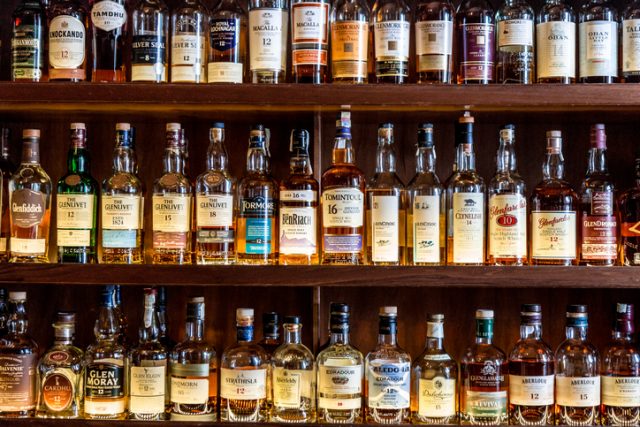 The collection, amassed over six decades by Zagatti, began as a substitute for spending the money on cigarettes. Zagatti said: “[I wanted] something more interesting and real, something which would remain”. The first bottle he bought was called “An Italian Passion”. Though many different brands are present, approximately a quarter are from either Glenfarclas, Macallan or Glen Grant.

The collection eventually came to fill his home, aside from the master bedroom and bathroom. In 2015 (encouraged by his wife and children), Zagatti sold his collection, which is about 97% Scotch whisky, to Scotch Whisky Investments and a group of investors. Since 2018 it has been on display in the Dutch town of Sassenheim.

The museum where the collection is destined to go will be housed within Scotch Whisky Investments’ new corporate headquarters, built on the site of an old paper bag factory in Falkland, Fife. There will also be cottages to accommodate visitors.

In nearby Glenrothes the company has applied for planning permission for four whisky storage warehouses, in addition to maintenance and bottling facilities.

Scotch Whisky Investments director Keith Rennie heralded the arrival of this new chapter in the company’s 15-year history, saying: “Our vision as a company is to showcase and educate people about single malt Scotch whisky, as well as promote investment in the commodity and provide new facilities for Falkland”. 81% of the collection is single malt Scotch.

He went on to say: “Through this activity, complemented by the expansion of our facilities in Glenrothes, considerable employment and tourism opportunities will be delivered not just for Fife, but for Scotland as a whole.”

The logistical challenge of transporting the Unseen Valentino Zagatti Collection are only heightened by its almost incomprehensible value. 22 of the bottles were distilled in the 19th century, with one being bottled in 1843 and given to Zagatti as a wedding present – the collection website speculates that it is “presumably the oldest unopened bottle of whisky in the world”. It also notes that there is just one bottle of Australian whisky.

You can read ahout the world’s biggest whisky – The Intrepid, which fetched an appropriately large price at auction, here.