Pêra-Manca reborn: “people are coming back to the old grape varieties”

Cartuxa’s Pêra-Manca was very nearly the wine that time forgot. An emblematic product of the Évora subregion of Portugal’s Alentejo, its history dates back to the 15th century – but the wine went unmade for several decades before its resurrection in 1990. 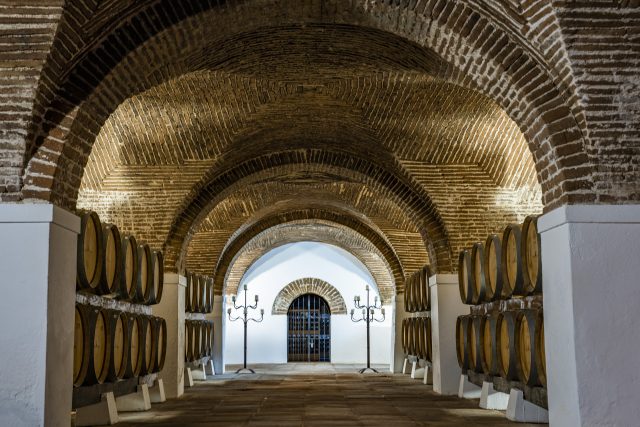 Wines “from the Pêra-Manca region” were first mentioned in a letter to King João II in 1488, and were reputedly on board Pedro Álvares Cabral’s ship when the explorer became the first European to reach Brazil in 1500.

The Pêra-Manca name was trademarked in 1870, and its fame spread further with gold medals won in Bordeaux shortly afterwards. Then came phylloxera, and the death of Pêra-Manca’s owner in 1920. For 70 years, Pêra-Manca vanished from history.

It was resurrected by the Cartuxa winery, itself owned by charitable foundation Fundação Eugénio de Almeida. The foundation, which supports a number of social and cultural enterprises, had already rescued the Cartuxa monastery (established by Carthusian monks in the 16th century) from potential ruin, along with historic vineyards planted in the Évora area by the Jesuits as long ago as 1517.

When the owning family gave the Pêra-Manca brand to Cartuxa in the late 1980s, there was one stipulation: the company should use it only for its finest wines.

By this time, Cartuxa had already joined forces with Évora University in the early 1970s to conduct an in-depth study of local grape varieties of different genetic origins (always massal selection), and how they adapted to different expositions and soil types in the region. By the end of the 1980s, when Pêra-Manca was acquired, those studies were complete.

The first red Pêra-Manca vintage was 1990, and from the outset the winemaker was king: it would only be made in the best vintages, from the choicest plots of Aragonez (aka Tinta Roriz/Tempranillo) and Trincadeira (Tinta Amarela). For Cartuxa head winemaker Pedro Baptista, who has blended Pêra-Manca since 2003, the result is “the maximum expression of Alentejo wines” and one that aims to convey the region of Évora in particular. “That’s very important to us,” he says.

Tasting a selection of Pêra-Manca red vintages (there is also an excellent white that is almost Rhône-like in its weight and style, blending Arinto and Antão Vaz), you can feel more contrasts than similarities – this is a wine that endeavours to express the properties of the vineyard in a particular year, rather than trying to conform to a fixed stylistic template.

That diversity is also partly the result of the grape varieties themselves. Baptista describes Trincadeira as “not very easy to work with” and prone to develop vegetative flavours if the leaf canopy isn’t well controlled – but the pay-off is great acidity. Aragonez is a breeze by comparison, easy to farm and resistant to high temperatures.

Those high temperatures are a feature of summer life in the Alentejo: 30-36C in a regular year, 42-45C in a scorcher. At times like this, the yin and yang qualities of Trincadeira and Aragonez become apparent again, says Baptista: Trincadeira’s grapes hate the heat, as do Aragonez’ leaves. “So they really are very different,” he adds.

You see this most obviously when the Pêra-Manca blend diverges from the typical composition of slightly more Aragonez than Trincadeira. Of 2008 (70% Aragonez) Baptista says: “I really feel the presence of the tannins of the Aragonez – a very full body, ripe, but with a strong presence in the mouth.”

Compare this with vintages such as 2001 and 2013, with more Trincadeira than Aragonez, where there’s an enticing herbal note, gentle spices and a lightness of touch.

If there’s a common thread, it’s longevity. Pêra-Manca 2001 and 2008 are both still in excellent shape – the latter arguably yet to reach its peak – while a hot, dry year like 2005 is beginning to feel slightly dried out now (although, remarkably, there’s still some acidity).

The 2011 vintage – a year that was almost uniformly wonderful throughout Portugal – sits mid-spectrum between the stylistic extremes of Trincadeira and Aragonez. It’s perfumed – violets, especially – but there’s a deceptively sturdy backbone to the wine, suggesting that, more than a decade in, this still has plenty more to offer. “It’s a very balanced vintage and a very balanced wine,” says Baptista. “It has a full body, but great freshness and is very juicy. There’s still lots of youth in the colour and when you taste it. It’s going to improve a lot in the bottle.” 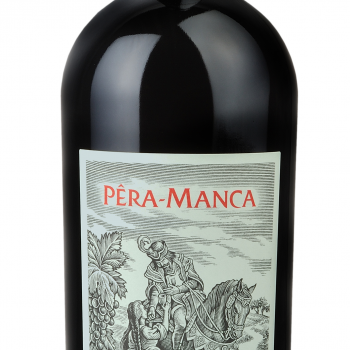 Given this longevity, it’s hardly surprising that the newest Pêra-Manca vintage, 2015, feels absurdly young at the moment. There’s bags of charm and it’s nicely textured, but also still relatively impenetrable.

Released late last year, it’s the product of what Baptista calls a “soft” vintage, which in Alentejo terms means temperatures no higher than 32-34C. Volumes are relatively high at 44,000 bottles (30,000-32,000 is more common), because, for once, all the plots earmarked for Pêra-Manca reached their full potential.

“It’s very young, very full-bodied,” Baptista says. “It’s a wine to grow, to age, to show a great evolution. You have concentration, you have acidity, you have tannins, you have a wine with power and a capacity for ageing.”

If Pêra-Manca is a wine of the past, reborn and reinterpreted for the 21st century, it may also be a harbinger of things to come for the Alentejo. As climate change sends temperatures soaring even higher in an already notoriously hot region, producers who previously prioritised international cultivars are thinking again.

“People are coming back to the old grape varieties,” says Baptista. “After all, they are the ones best adapted to our climate and our soil.”

Cartuxa’s wines, including Pêra-Manca Tinto and Branco, are available in the UK from Mentzendorff.