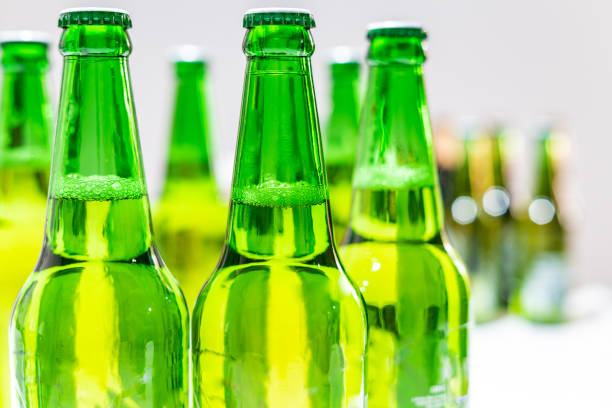 The change from off-trade buying to home delivery services has, according to Reuters, developed as a post-pandemic trend due to costs of beer being cheaper to order in than buying in the shops.

Brazilian investment analyst Rafael Mazaia, who lives in the São Paulo region, admitted that it also has to do with both convenience and beer serving temperature being optimum: “There is no supermarket near my house, I’m too lazy to go to the market and the drink is not completely cold there, so it is better to order.”

AB InBev reportedly saw orders at its cold beer service Ze Delivery spike during the pandemic from 1.5 million in 2019 to 62 million last year.

The adaptation from buying beer in stores to ordering beer for delivery has reportedly been a natural progression for Latin America, whose consumers typically have limited refrigeration and yet share a love of gathering for sporting events where enjoying cold beers with grieves is part of the celebration. As such, the end of lockdown restrictions did not mark the demise of the home-delivery sector.

Doukeris said: “Usually people don’t go out to buy more beer. But having the delivery in 30 minutes allows you to expand the number of occasions for beer, before people think about opening a bottle of wine or mixing spirits.”

Sales on AB InBev’s e-commerce platforms, dominated by Ze Delivery, allegedly rose 62% in 2021 to more than US$500 million globally and yet the real value for the drinks giants has actually been the fact that through online purchases and home delivery, they can view which brands people really want and learn more about their demographics with direct marketing.

Doukeris added: “Just the value of that will justify all the investments we make in direct-to-consumer by themselves.”

According to IWSR drinks market analysis, beer has been late to e-commerce compared with wine and spirits, which currently accounts for 40% and 42% of the online alcohol market respectively against an 18% share for beer, cider, and ready-to-drink beverages combined.

By 2025 however, big beer companies and the others are reportedly expected to increase their share to 28%, cannibalising wine and spirits, which are seen retreating to 32% and 40% respectively, in an online alcohol market 66% higher at US$42 billion.

Cold delivery is just a part of that, with much of the beer ordered online by consumers included in a weekly shop, while in developed markets big brewers focus on selling systems and kegs allowing consumers to pour their own draft beer.

AB InBev has, since the pandemic, expanded its cold beer home delivery model to 10 other Latin American countries, and is reported to now be considering other markets outside of the region.

Pablo Panizza, AB InBev’s global head of sales revealed: “As we get more maturity in Latin America, for sure we are going to be willing to evaluate mature markets as well, because we know convenience is something consumers like.”