New Zealand joins the fight for a white wine emoji

A petition has been launched by New Zealand Winegrowers requesting that a white wine emoji on phones is approved by the Unicode Consortium. 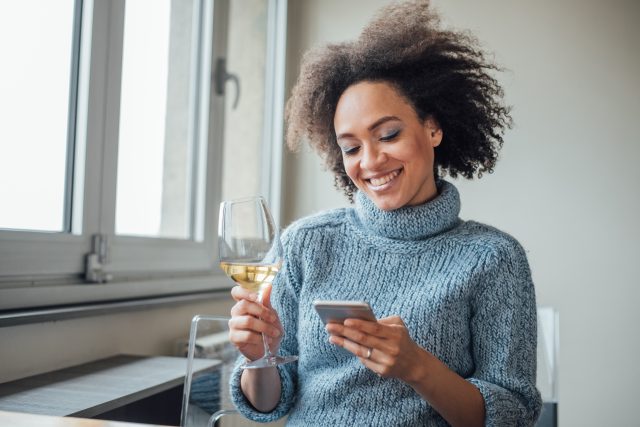 Currently, a glass of red wine, two clinking Champagne flutes and a bottle of fizz are the only emojis on mobile devices representing wine and New Zealand Winegrowers. The petition, which according to Stuff.co.nz will been sent to the consortium to gain approval, is now live and weight behind it is being driven by NZ winemakers.

New Zealand Winegrowers general manager Charlotte Read said: “We hope that by requesting the white wine emoji it will shine a spotlight on the breadth of high-quality white wine that New Zealand produces, as well securing the emoji that has long been missing from the keyboards of digital devices since their creation in the late 1990s.”

Back in the summer of 2018, California-based winery Kendall-Jackson began a movement to get a specific white wine emoji added and submitted a 19-page proposal for review by authorities, however the proposal failed to gaim approval.

In response to the last proposal, the Unicode Consortium, which counts Google, Facebook, Microsoft and IBM executives among its board members, said it would “continue to consider emoji for future addition” which is why New Zealand Winegrowers feel hopeful this time around.

New Zealand white wine makes up 93% of its global exports and so the association has emphasised how it makes sense for its members to take over US efforts to add a white wine emoji for all to use.

NZ Winegrowers marketing committee member and Te Whare Ra co-owner and winemaker Anna Flowerday said: “I am hoping maybe we would get behind it because it’s a country organisation presenting it, and obviously we’ve got a strong case, given that New Zealand produces the majority of white wines.”

Flowerday also reminded how International Sauvignon Blanc Day is celebrated on 6 May, International Pinot Gris Day on 17 May and International Chardonnay Day is will be held on 26 May and noted how it would be good to gain additional support from the industry to get behind the movement.

She added: “It’s a little thing, but it’s a big thing. When I think of how often I would tag something, and I just automatically use the red wine glass because there isn’t a white wine one. And when you look at all the other emojis that there are for different foods, so if there’s a red wine one, it’s weird that there is not a white wine one.”

Individuals and companies are allowed to suggest new emojis to the Unicode Consortium. The last batch of emojis was approved in September 2021, and included 37 new symbols.

Scotch Wine Bar and Restaurant owner Jacob Anderson, who supports the petition, said: “I can understand why the red wine emoji was the first most distinctive image, but the use of emojis makes the need for more representation.”

Sommelier Arthur Griffoul explained how he remembered when a skin tone variation was added to the existing yellow faces of emojis and pointed out: “Now you can have super white, tanned, darker… Those different tons of colour came up, and it didn’t seem to be such a deal, so surely it’s easy enough that you can have a white wine emoji and who knows in the future like orange or rosé wine, especially.”

A plea for a glass of rosé emoji reportedly came from Italy last year presented by the Consortium for the Protection of Chiaretto di Bardolino.

New Zealand Winegrowers will be running its petition for the white wine emoji until the end of May.