Turkey hiding ancient variety thought to be the ‘godfather of spice’

The Papaskarasi grape is said to be the parent of all spice, pre-dating the likes of Shiraz and Malbec. Now one Turkish wine producer has bet everything on the variety… 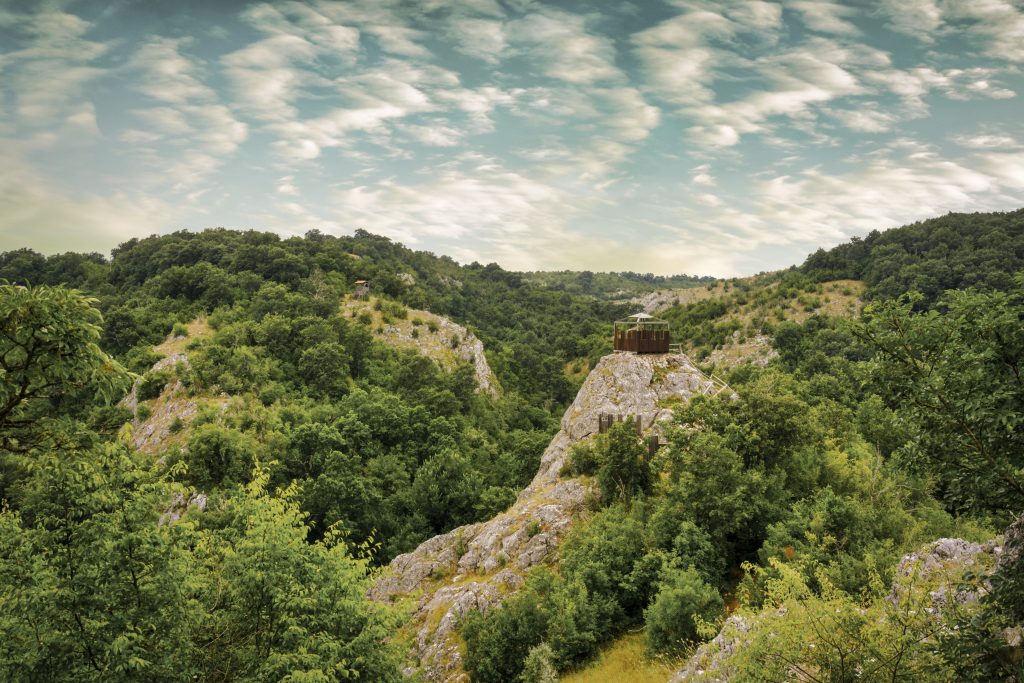 You might not find Papaskarasi on every wine list – or any wine list in the UK for that matter – but it certainly would have topped drink orders around the 5th Century, when written documentation of this variety first appeared.

Originating from Greece, the name Papaskarasi means ‘priest’ in Greek. The grape was so named because when the variety was discovered, wine was made almost exclusively by Christians, as the local Muslim communities did not make or imbibe alcohol.

Today, there is only one known producer in Turkey making wine from Papaskarasi, and its owner is betting big on it being a hit with international markets.

“Papaskarasi is like a spice perfume,” says Mustafa Camlica, founder and owner of Chamlija wines in Turkey’s Strandja region, located around 40km from the Black Sea. “Any wine carrying spice should, in theory, be connected through its DNA to Papaskarasi.”

Its natural vanilla characteristics, without any oak barrel influence, makes Papaskarasi excellent both as a single varietal wine and in blends. “Even if you do not use oak, you will still get that vanilla flavour,” Camlica told the drinks business.

Once the head of Turkey’s official Tax Department, Camlica knows a thing or two about savvy investments. A keen fine wine speculator, he liquidated all his liquid assets in 2008, shortly before global finance markets collapsed, plunging the world into a recession. “I got very lucky,” he says. Camlica ploughed this capital into developing Chamlija winery, where the first planting was made that same year.

With a total of 90 hectares currently under vine, including Chardonnay, Riesling, Cabernet Franc and Merlot, his explorations into Papaskarasi represent Camlica’s “biggest investment yet”.

According to Camlica, Papaskarasi gives “super aromatic wines, very layered, with huge acidity,” that he says makes a perfect match for spicy food.

Chamlija plans to release its first Papaskarasi expression ‘Marcel Biron’ to the UK market in April, priced at £40. Named after Biron, a French viticulturalist who helped to revitalise the Turkish wine industry, and whose tireless campaigning resulted in Papaskarasi  being added to the list of ‘noble wine grapes” in 1948 by Paris wine body OIV (International Organisation of Vine and Wine), the wine is bursting with black cherry and spice with incredibly soft, velvety tannins.

Only 1,250 bottles of this unfined and unfiltered dry red were produced; the result of a long-term vision and serious groundwork laying ahead of even approaching markets with the variety.

When Chamlija first began operations, Camlica strategically focused on producing wines from international varieties in order to gain recognition on the world stage. “That standing now allows us to produce wines from local varieties,” Camlica says, adding that he would not have been able to introduce Papaskarasi with any degree of success had he not won that consumer trust first with more widely known grapes.

He asserts that “The spiciness in Balkan and eastern varieties are a trademark.” But are consumers ready for it?

“We’ll have to wait and see the market reaction first, before making a decision about whether to scale up and increase production.”

Before someone with Camlica’s chutzpah and knack for calculated risk came along, Turkish wineries produced largely for the domestic market. However, Chamlija’s owner can be fairly said to have personally transformed Turkish wine export statistics. Chamlija is currently the number one exported Turkish wine brand, found everywhere from the UK to Taiwan.

Camlica describes the new Marcel Biron Papaskarasi wine, made from grapes grown in the granite soils of Turkey’s Stranja region, as tasting like “a top Pinot Noir combined with a top Bordeaux”, and stresses that with this particular grape, patience is paramount. Chamlija put it’s first Papaskarasi vines into the soil a decade ago and this is the first expression that Camlica has deemed good enough to release.

“In the wine business, ten years is nothing. This grape needs age in the vineyards. You have to wait and wait and wait…Before now, we had some wines that were not quite at top level. My aim is produce something truly extraordinary,” he says.

A 100% dry farming approach is used at Chamlija, with zero irrigation. “There shouldn’t be a single drop of water coming from underground – only from above – otherwise you kill the terroir,” says its owner.

He credits the region’s extreme humidity for making this approach possible. “We have very high humidity – on average 60-75% – as we are surrounded by mountains. During the mornings, this is closer to 90%, meaning that our vines don’t lose their water as much as in other regions in Turkey.”

With just 120 bottles allocated to the UK market from a total production of 1,250, the rush is on to discover Papaskarasi, the godfather of spice, for ourselves.