Welsh whisky brand Aber Falls, which launched its inaugural release last May, is already expanding its sales internationally as part of a long-term strategy to build a global brand as well as to promote Welsh whisky. 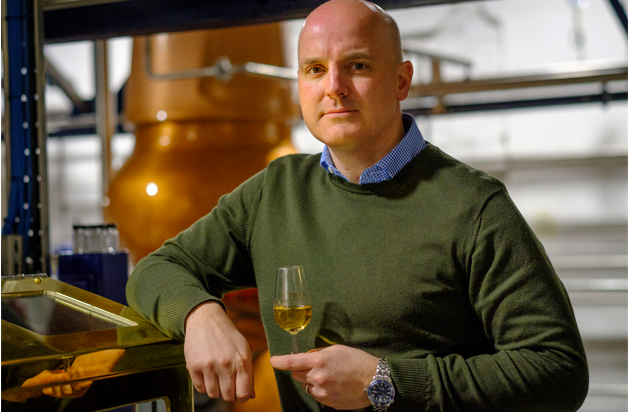 Speaking exclusively to the drinks business, managing director James Wright, said this had ben a key part of its vision since “day one”.

“When we started building the whisky distillery, one of our key visions was to build the Welsh whisky category and become a globally recognised brand,” he said.

Wright’s international background has helped with the seeding strategy, he said. So far the brand has already launched in more than ten countries including Australia, Germany, Denmark, and Canada.

“We launched brand in sept last year and from November onwards started planning the international piece,” he explained. “We are already launched in Australia in Coles and in Dan Murphy and listing with LCBO in Canada and we are working with a US distributor to start us seeding strategy there.”

The brand is set to launch in South Africa in the summer, and will be looking towards Asia as the second phase in its international expansion.

“Unfortunately Covid has had an effect on time lines, so that has been knocked back,” he added. “As we couldn’t travel to meet people, it’s not been the easiest, so phase two will be Asian provinces.”

Prior to the outbreak of Russia’s invasion of Ukraine, the company has also already sent a large order to both countries, although Wright is doubtful as to what will happen in future. “I’m not sure how those orders will sustain going forward,” he said.

The split of its domestic and export markets was originally 50% international, but Wright said it was “moving on a daily basis as more and more countries showing interest”.

“What’s been surprising is we’ve had some really good sizable orders, which is great news, as it shows people are trying it, likening it and its winning plaudits.”

The novelty of a Welsh whisky brand has people intrigued he said, and the heavy focus on provenance and sustainability plays an important part.

“It’s about that authenticity, community, and sustainability, which is key right now,” he added. “It breaks down to growing local jobs, dealing with waste, sustainable packaging, how we go about our process, we’re 100% Welsh, so using grain from local farmers that all creates a positive provenance piece.”

“With Scottish, Irish, there’s a lot of brands and key players that dominate, but with Welsh whisky, there’s a real point of difference.”

Aber Falls is heavily involved in the bid to establish geographical indicator status for its whisky, collaborating with established distillery Penderyn and other smaller Welsh distilleries, as well as the Welsh government to push ‘brand Wales’.

“Penderyn is on display at our distillery gift shop as for me, it’s about collaboration and building a brand,” he explains. “They have a different flavour to us, they aren’t competition as it’s about building great brands.”

One of the key planks of its strategy was to keep a tight portfolio, he said. The distillery has become well-known on gin and liqueurs, which have helped generate cash flow, plus there have been some one-off expression, which Wright says creates “a bit of collectors’ awareness”.

However, the our main goal is its our non-age declared whisky that will act as the foundation for all of its future expressions and age statements. “We want to keep a tight portfolio that shows what Aber Falls do and helps us build a global brand more easily,” Wright said.

Currently, production is at capacity, but the team are looking at ways to improve that “We’re running at 7 days a week, but that falls into our plan, we know exactly what we have to release over the next 5 years,” he said. “We have a stretch target but clear on our release strategy and where we’re targeting that. It has been planned meticulously to make sure we can keep delivering on what we achieve.”