Diageo teams up with Joe Jonas on Bridgerton-inspired gin promo 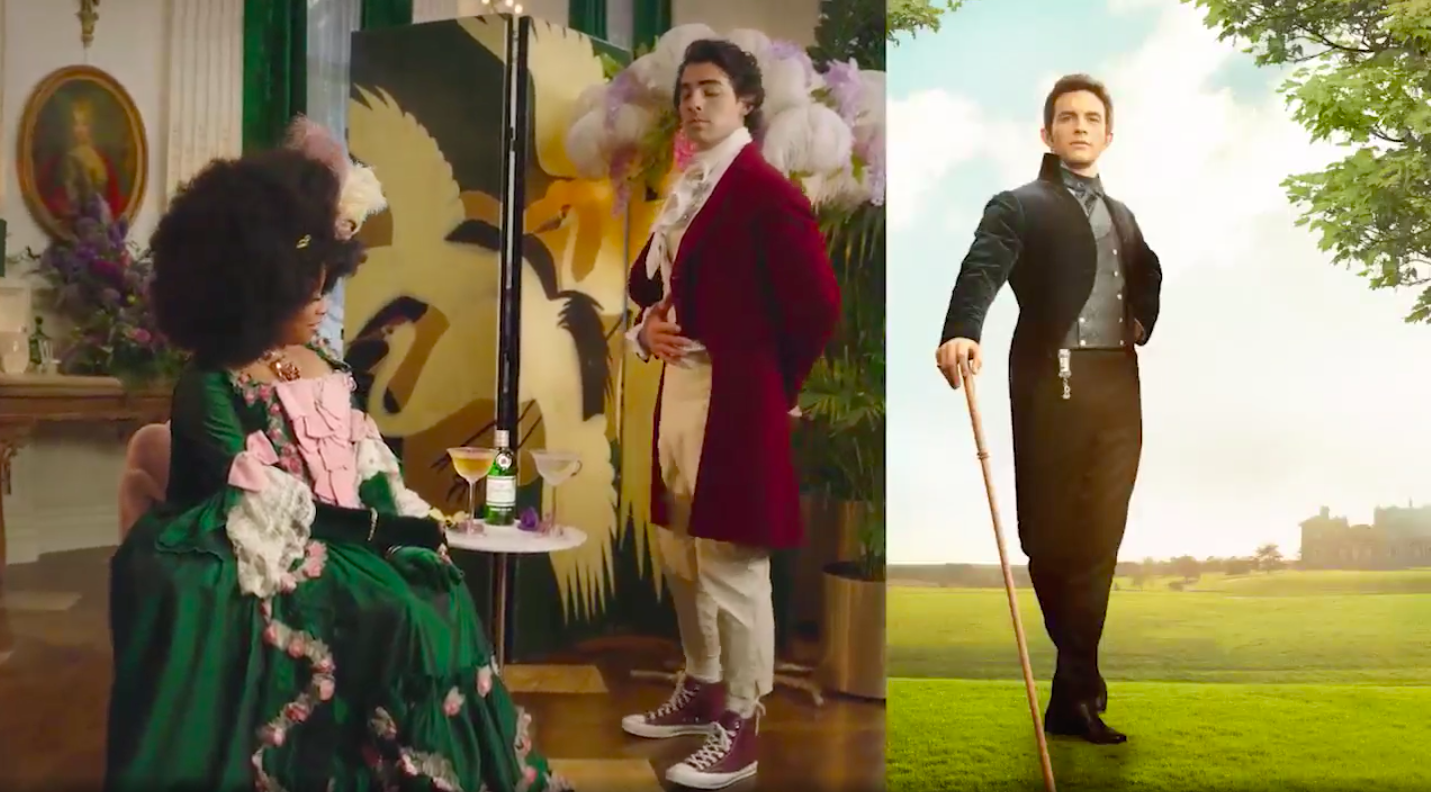 ‘How to T-Time Like a Bridgerton’ sees Joe Jonas join forces with members of the Bridgerton cast to turn the old English tradition into great excuse for a gin and tonic in the afternoon.

Dressed in the appropriate Regency era garb, Jonas joins Jonathan Bailey who plays Anthony Bridgerton, and comedian Phoebe Robinson to show viewers how to drink Tanqueray like a real Bridgerton.

The promo coincides with the launch of the Netflix series’ second season, which premiered on the streaming service on 23 March.

Produced by Shonda Rhimes, total of 82 million accounts tuned into the title (for a span of at least two minutes) in the first four weeks that it was available, and Bridgerton was viewed for a total duration of 625 million hours.

The Bridgerton-Jonas collaboration allegedly came about after fans of the show decided the former Disney star would be perfect for the period drama.

Here’s a Halloween idea: The Jonas Brothers should dress up as the Bridgerton Brothers for Halloween! Let’s please make it happen, boys! I need this! @jonasbrothers @kevinjonas @joejonas @nickjonas #FallonTonight pic.twitter.com/FxbNgF4bW6

Diageo launched the ad on LinkedIn, with fans chiming in with positive comments.

“What an incredible ad, I am literally losing my mind over this so good! As a huge fan of the show, this was soooooo well done,” said one LinkedIn member.

Another approved the collaboration, saying “I cannot wait to binge in Bridgeton this weekend!”

Last year we published a list of the perfect cocktails to enjoy on Halloween, featuring a Bridgerton-inspired Holiday Pear Social. Find the recipe for that here.