March may be a relatively quiet month in the vineyards of Barolo. But this March marks a truly historic moment for this, the ‘king of Italian wine regions’. For with the release of Michele Chiarlo’s Cerequio and Parusso’s three crus, Bussia, Mosconi and Mariondino, it sees the first ever Barolo arrivals on La Place de Bordeaux. 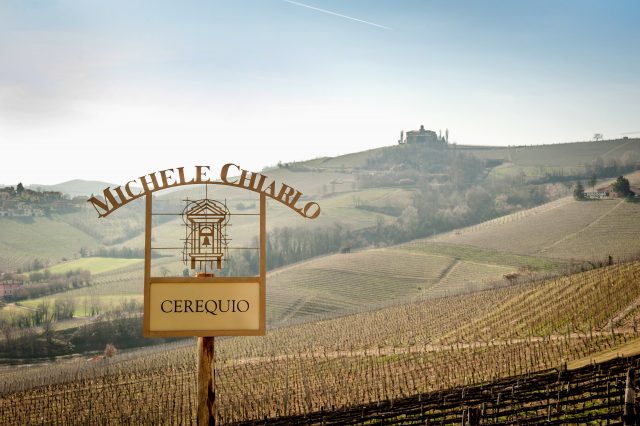 Yet to eager-eyed followers of Bordeaux this might already seem like a somewhat surprising claim. For, they might well ask, is it not already the case that a small number of leading Bordeaux négociants distribute the wines of a handful of Barolo producers on La Place?

Well, yes and no. For whilst some Bordeaux négociants do indeed distribute such wines in an impressive number of international markets, up until now they have done so strictly ‘off Place’. Crucially, no courtier is involved and their relationship with the producer is a direct and unmediated one.

The first mover in such ‘off-place Barolo’ was probably Ballande & Meneret who have now distributed the wines of Aldo Conterno (including Granbussia itself) in an ever increasing number of markets for at least five years. And where Ballande & Meneret led, others have since followed. But although Ballande is a négociant and négociants do use la place de Bordeaux (not least because they are obliged to do so for the wines of Bordeaux), up until now la place itself has not been used to sell the wines of Barolo.

On 7 March 2022 that all changed. For it saw the first Barolo release to make full use of la place – with an official release to la place orchestrated by a courtier using a carefully selected network of négociants.

So what are these wines and how are they to be sold?

In strictly chronological terms, the very first Barolo to be released on la place de Bordeaux is Michele Chiarlo’s iconic Cerequio from the 2018 vintage. The courtier here is Bureau des Grands Vins and the wine was released today, 7 March, at a retail price (excluding tax) of €85 per bottle (in all markets except Italy, the US and Canada and South Korea). But it is in fact just one of four wines to be released on la place in the March hors Bordeaux campaign. It will be followed, on 16 March, by Parusso’s three crus, Bussia, Mosconi and Mariondino, again from the 2018 vintage (in all markets excluding Western Europe). The courtier here is Excellence Vin.

The strategic choice underpinning these releases are quite interesting. For Barolo poses certain problems when it comes to la place. The best wines of the appellation are invariably single-vineyard examples produced in very small quantities and most leading producers have a number of such crus. As such, volumes are miniscule (much smaller than la place is used to dealing with) and the wines are more complex and correspondingly more difficult to sell. In both respects and, as is often said, selling Barolo is more like selling Burgundy than Bordeaux.

This presents a challenge when it comes to releasing top Barolo on la place de Bordeaux. And what is particularly interesting in these first releases is that the challenge has been responded to rather differently in the two release strategies that we see here.

Michele Chiarlo and Bureau des Grands Vins have opted to release a single cru (one that just happens to be produced in reasonable volume despite coming from a truly iconic menzione geografica aggiuntiva or MGA); whilst Parusso and Excellence Vin have opted to release three separate MGA crus packaged in a mixed case of six bottles (which the négociants are instructed not to split).

Both strategies are savvy and, in my view, both are likely to prove successful. But what is clear is that other Barolo and Barbaresco producers – and fine wine market watchers alike – will be poring over the relative secondary market performance post release of these wines with avid attention. Lessons will be drawn from these releases and if one strategy seems more successful than the other it is more likely to be emulated (in Barolo and Barbaresco, certainly; but quite possibly in Burgundy too).

That said, I expect more Barolo releases and conceivably even the first releases from neighbouring Barbaresco to appear on la place as early as September. That, of course, will be well before we have a clear sense of the secondary market performance of this month’s first releases from Barolo.

(wines tasted in the offices of Bureau des Grands Vins and Excellence Vin, respectively, in early March 2022 prior to their release).

Michele Chiarlo Cerequio 2018 (from 4.5 hectares at the heart of the famous amphitheatre bordering La Morra and Barolo and from one of the very best and most famous terroirs in all of Italy with a south/south-eastern exposure and an average altitude of 320 metres; 14% alcohol). If this is destined to go down in history as the first Barolo released on la place de Bordeaux it is a suitably special wine from one of the most iconic of Barolo MGAs. This is incredibly expressive aromatically and remarkably translucent and diaphanous texturally – all the more impressively so given the vintage. I have tasted a fair bit of 2018 Barolo, and this is without doubt one of the most floral expressions. It is surprisingly accessible at such an early stage. But it is also very classical, with notes of tar, leather and an early hint of the truffles to come, alongside its authentic magnesium, manganese and saline minerality. But it is the florality that is so captivating here – with a certain hint of plateau Pomerol about it. We find rose petals, both fresh and dried, with lavender, patchouli, and dried violets arriving with aeration. On the palate this is tender and supremely elegant yet with an impressive puissance for the vintage. There is a nice grip from the tannins, giving lift and a forward thrust on the palate. The wine fans out very well through the mid palate, building to a long chewy and slightly crumbly finish. Welcome to la place! Around 10,000 bottles are produced, depending on the vintage.

Parusso Mariondino 2018 (from the commune of Castiglione Falletto; the Parusso vineyard here is contiuguous with the more famous cru of Villero, with a western exposure and an average altitude of 290 metres). Direct, honest, unpretentious and a great introduction to single-vineyard Barolo, to the Mariondino MGA and, indeed, to the vintage. This I find a very articulate expression of its terroir (as is true of all of these Parusso crus). Mariondino in 2018 is bright and expressive on the nose with pronounced floral, cinnamon spice and expresso coffee notes. Full and rich on the palate, if lacking some of the finesse and delineation of the Monforte d’Alba crus. But in the mixed case of the three crus in which it comes this works perfectly, providing a nice introduction to its bigger siblings. The tannins are grippy, if just a little dry on the finish at this early stage. But this is very aromatically expressive for the vintage, with violets, rose petals and rosewater – a very classical expression of single-vineyard Barolo. Around 8000 bottles are produced, depending on the vintage.

Parusso Bussia 2018 (from the Monforte d’Alba part of the large and iconic Bussia MGA, with a south and south-eastern exposure and at an altitude of 370 to 400 metres) . This is much more serious and rather impressive with it. The fruit is darker and we have a lovely concentrated dried floral element on the nose. This is deep, dark and the most elegant of the three Parusso crus. It is also more compact and a little more austere. The texture is exquisite and this is the most refined of the three, with notably fine-grained cashmere tannins. The result is a limpid, glossy and lithe mid-palate and plenty of delineation and sense of structure too. There is a lovely translucence to this, despite the dense and compact core. A very elegant and even delicate expression of Bussia, with all of the charm but none of the stolid-ness and solidity one can find in this big and diverse MGA. Vibrant, energetic and very impressive. There are around 10,000 bottles of this produced each year, depending on the vintage.

Parusso Mosconi 2018 (also from Monforte d’Alba, this well-placed if somewhat less well known MGA is contiguous with the much more famous Ginestra and opposite Rocche di Castiglione at an altitude of 280-300 metres and with south-western and south-eastern exposure). Rather different from the other Parusso crus and very much on a qualitative par with Bussia. This is the biggest and plushest of the three wines here. Aromatically, this is also very expressive, but here with prominent black tea leaf notes that are not present in the other crus. This is floral, again, with classical crushed rose notes. On the palate this is rich, big, compact and concentrated – even more so than Bussia itself and the chewy, massive tannins are less-resolved at this early stage – though they are finely grained and give this a most impressive structure. Roses, dark tea leaf and more wild, herby, earthy notes. I am struck by how expressive of their three terroirs these three wines are and how well they work together in a mixed case. Authentic to Mosconi, this is robust and chunky but has excellent aging potential – indeed, it probably needs more time than the others. There are just 5000 bottles of this produced each year.