Several American states have banned Russian vodka amid the ongoing invasion of Ukraine, while restaurant owners are dumping Russian booze down the drain. Here’s why the moves are a mostly symbolic gesture. 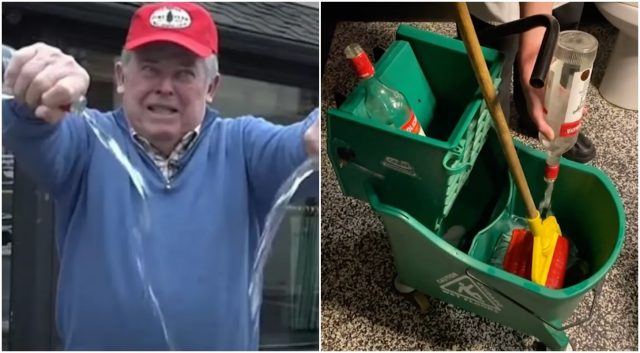 Iowa, West Virginia, Pennsylvania, Ohio, Utah and New Hampshire are among the states to remove or halt the sales of Russian spirits amid the ongoing invasion of Ukraine, while others, including Texas Gov. Greg Abbott asked retailers to voluntarily remove Russian products from their shelves.

The move is largely seen as a symbolic gesture in solidarity with Ukraine, as Russian-produced vodkas amount to just US$18.5m of the $1.4 billion vodka import market in the United States.

Tom Cotton, Senator for Arkansas, tweeted “Dump all the Russian vodka and, alongside ammo and missiles, send the empty bottles to Ukraine to use for Molotov cocktails.”

Dump all the Russian vodka and, alongside ammo and missiles, send the empty bottles to Ukraine to use for Molotov cocktails. https://t.co/Md5MlDcmXn

Vodka was the best-selling spirit in the United States in 2021, though Russian vodka accounted for just $18.5 million (1.3%) of all vodka imports to the US over the past year, compared with some $660 million from France.

Meanwhile, bars and restaurants are dumping their vodka down the drain and sharing the footage online, in what is seen as a symbolic gesture of solidarity with Ukraine.

And in Ukraine, the Pravda Brewery halted its beer production to produce Molotov cocktails.

The Kyiv Independent reported that the Lviv-based brewery paused its bottling operations to make Molotov cocktails, while also offering free tea and coffee to Ukraine’s military and police.

“Our freedom is at stake,” the brewery wrote on Instagram.

It added, “We do not serve citizens of Russia and Belarus. If you have a weapon with you, please leave it in our security and they will return it to you on the way out.”