In the wake of a trio of hotter vintages, Burgundy’s growers are handling warmer vintage better, and have managed to harvest a 2020 of “unbelievable freshness”, according to Burgundy experts.

Lay and Wheeler’s Burgundy expert and buyer, Catherine Petrie MW told the drinks business that there have been advances in the way that the region’s growers are handling warmer vintages, which are evident in the recent release of the excellent 2020 vintage.

“Growers are producing wines with more verve and freshness in spite of the warmth of the year,” Petrie said. “The 2020 vintage ten years ago would have been very different set of wines.”

There is, she argues an increasingly light touch in terms of handling the fruit which is impacting how the wines had been presented, and there has been a greater focus on the health of the wines, as well as better vineyard husbandry.

She points to higher canopy training, which takes a lot of vineyard management and manpower, as well as reduced leaf-plucking.

“I think they avoided that in 2020 as they were so wary of the two preceding warm vintages,” she says.

Corney and Barrow’s fine wine buyer Guy Seddon noted that with the 2020 vintage, “every now and then, you have to keep an eye on the tannins and alcohol levels in the wines” but agreed that “by and large” there was better knowledge of how to sensitively handle Pinot Noir in warmer vintages. 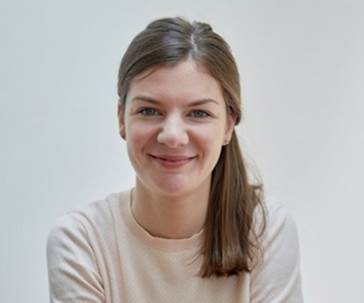 The 2020 Burgundy vintages has been rightly lauded for the “unbelievable freshness”. Giving her overview of the vintage, Petrie said that while it was likely to be viewed as the third in a trio of warm vintages, “what sets 2020 apart is its acidity and age-ability.”

This was apparent across both red and white wines, she said, noting that it was a “fantastic” vintage for both colours.

“The whites really shone with a beautiful freshness, and they were uniform too,” she said. “For the whites, it’s such a good vintage that you can’t go wrong regardless of whether you’re buying from Chablis to Côte de D’Or to down into Côte Challonnaise and Macon.”

The Reds were more varied than in 2019 she argued “but where they are good, they are really outstanding because of the incredible acidity.”

The freshness means that the wines will be able to age for a long time – although Petrie noted that the reds were likely to need more time than the previous vintage before being drunk.

“But where you find the highlights in the reds, you won’t find any better wines,” she said.

Speaking on a recent zoom call about the vintage, Corney and Barrow’s fine wine buyer Guy Seddon said the 2020 continued the “intensity, power and upfront loveliness” of the 2019s, but noted an “effortlessness” about them, as well as the freshness.

“The 2020 are ripe for ageing and will need time in bottle to show their colours,” he said.

Petrie’s particular highlights among the reds were to be found in Gevrey-Chambertin, Nuits-St-Georges, and Pommard in the Côte de Beaune, she said, in part is due to the grower Lay & Wheeler works with in those villages. However she also noted the high clay contents in the soils around those village – which were able to cope better with the lower than average rainfall.

“It was a very warm summer so there was lots of drought stress in Burgundy in 2020 and the soils in those villages helped the vines quite a lot. The more limestone soil villages were ones where we saw more drought stress,” she noted.

The warm spring of 2020 meant an early bud burst followed by a warm summer so the fruit was very ripe quite early on, with the result that a lot of growers were picking in late August – one of the earliest harvest since 2003. However, Seddon noted that the length of the growing season was still the classic 100 days, compared to only 85 in 2003. “So it is a traditional growing season, it just shifted forwards,” he said. He also noted that the high stress of summer meant plots ripened at different rates, meaning growers had to keep track of ripeness on a plot by plot basis.

What’s behind the freshness?

Overall, the wine’s high acidity and freshness after a warm summer that saw around 50-60% les rainfall than normal came as a surprise to many growers, Petrie noted – all the hallmarks were for a warm vineyard with ripe fruit, full phenolic maturity and abundant tannins in the reds.

Various reasons have been put forward for this including noting the relatively low potassium levels in the vines’ stems  (potassium helps tartaric acid precipitate out, so there was less precipitation) , and Seddon pointed out the consistency of the summer heat, without any of the heat spikes seen in 2019, and there was a lot of diurnal variation, keeping the freshness.

He also argued that the coolness of last year’s summer could have had a knock-on effect for the élevage of the wines.

“I think you can see that more than anything in the red – the real perfume in the Pinot Noir might have something to do with the fact that the cellars were very cool in the summer of 2021,” he said.

Rebecca Palmer, Corney & Barrow’s head of commercial buying also pointed to the “unprecedented” reserves in the vines themselves.

“The genesis of the 20s are in the 19’s and I don’t think we could have got the result we’ve had with the 20s without that carbo-charge, the reserves in the vines from the preceding year,” she said.

However, 202o looks like the last of the hot vintages for now, following the well-documented problems that beset 2021. However, despite potentially drastically reduced yields, Petrie remained optimistic on the quality of the 21’s, based on her conversations with growers.

“They could be great – I haven’t tasted them yet, but speaking to the growers, [they  say] there is a lovely freshness, and they seem more like the vintages we had before this warm decade,” she said.

She conceded that there would undoubtedly be bad news for the whites in terms of quantity – some growers in the Côte de Beaune  report being down 90% – but for reds, were “perhaps less down than that”.

“The harvest will still be small and demand will be as high as ever, but  the 21’s will offer a different quality to the 20’s.”