In a bid to crack down on binge-drinking in Spain’s Balearic Islands, the local government has enforced new laws clamping down on public drunkenness by limiting partying Brits to just six drinks per day. 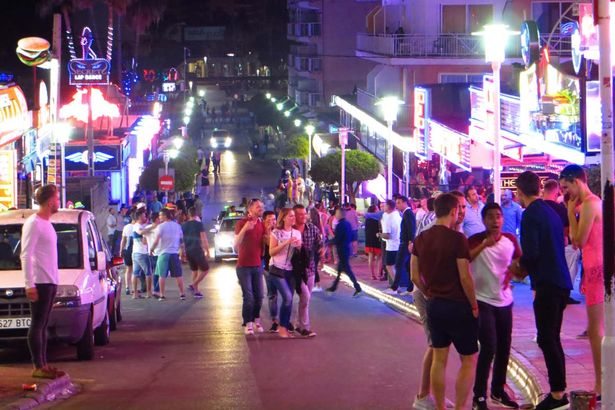 Airline EasyJet is informing passengers of the rule change when they try to book package holidays for certain resorts on the islands.

Happy hours, pub crawls and two-for-one offers are also being banned with the enforcement of the new rules.

To limit the amount of binge-drinking made possible on the islands, the day will be split into a ‘lunch timetable’ and ‘evening timetable’, each permitting three drinks per person for that time period.

Only certain areas of the Balearics are affected, including Magaluf, on Majorca, and parts of Ibiza and Palma, the regional capital.

Most of the new restrictions came into place in 2020 but Covid means many Brits are only now becoming aware of them.

As first reported by the Liverpool Echo, anyone attempting to book an all-inclusive stay via EasyJet is now given the following message: “Due to a change in Spanish law which affects certain resorts in the Balearic Islands, alcoholic drinks are now limited to three per person at lunch and dinner as part of the all-inclusive basis.”

The new rules are an attempt by local government to halt the ‘cheapening’ of the Balearic Islands in the hopes of attracting new investors put off by the region’s rowdy image.

Announcing the new laws in 2020, a regional government spokesman said: “Efforts to promote the destination, to provide it with better quality through both public and private sector investments, and position it in an increasingly competitive and global market, have been affected recently by certain un-civic behaviour.

“Most of this type of behaviour is directly related to alcohol abuse in certain tourist areas of Majorca and Ibiza.”