Absolut Vodka production to be fossil free by 2025

Pernod Ricard has revealed it aims for Absolut Vodka to be fossil free by 2025 as part of the company’s new sustainabilty plans. 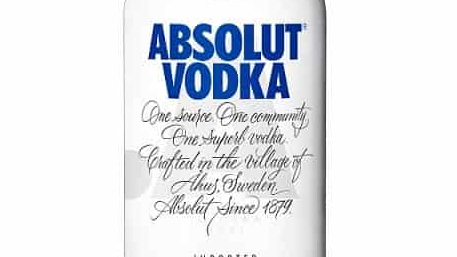 The goal, which it detailed in The Absolut Company’s Sustainability Report (FY 20|21), revealed that just 2% of Absolut’s emissions currently relates to its own production. As part of its intentions, the company is determined to produce it as completely “fossil free by 2025” adapting areas such as “transportation and its production of glass and wheat”.

Anna Schreil, vice president of operations at The Absolut Company told the drinks business: “By being transparent about our responsibilities and the efforts we make, we can maintain our momentum and increase our chances of achieving, and even exceeding, our goals.”

Additionally, it’s coffee liqueur brand Kahlua will see continual investment in sustainable coffee and the communities it sources ingredients from through its ‘Coffee for Good’ programme and revealed that Kahlua has also “reached 72% of its 90% by 2022 target for farms using methods that conserve the environment and biodiversity of the area”.

Speaking to db about the plans, Schreil reiterated that “sustainability is a key focus across Pernod Ricard, and we fully support the group’s robust 2030 roadmap Good Times from a Good Place”.  She hinted that there could be further investments into sustainability initiatives for the brands in future and explained: “As sustainability is a long-term commitment for us, we invest on several levels across the entire value chain”.