20 best US cities for a NYE party

The best cities in America for partying on New Year’s Eve have been ranked in order according to a new report by personal-finance website WalletHub. 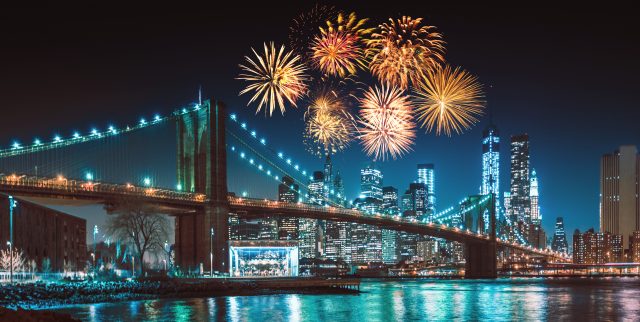 New York being ranked as the number one party spot with the data finding it to be the best place to suit everyone looking for fun as much as awareness in a post-pandemic world.

Value for money and safety were among the criteria for the metrics introduced to the shortlist with post-pandemic partygoers combining conscientious concerns along with their love of good food, drink and atmosphere for revellry.

Ranking in second place was Las Vegas followed by Orlando, Atlanta and Miami taking the top five spots, with each being highly rated for best places to celebrate with a high number of options for things to do as well as a clear understanding of Covid-vaccinated residents.

To determine which US cities are the best for safely ringing in the new year without breaking the bank, the report compared the 100 biggest cities across 28 key metrics. The data set ranged from safety and vaccination rates to quality food options and costs as well as fireworks, drinks and restaurant venues in the vicinity, however this year it appears there is more interest in keeping things low key with family groups.

There are reportedly 65% of Americans spending at least US$50 on food and drinks for New Year’s, making the date highly attractive for drinks venues, retailers and brand owners hoping to boost trade during the celebrations, but tapping into this has been outlined as increasingly tricky this year.

According to the data, 60% of Americans plan to celebrate New Year’s Eve with family or friends, and only 24% will attend public events or parties.

Additionally, the cost of going out – although a factor – has been registered as much higher in more sought after cities. For instance, the difference in the cost for a couple to enjoy dinner and a show on New Year’s Eve in the most expensive (New York) and least expensive (Philadelphia) cities rang in at US$758, revealed the data.

The report also revealed that more than 360 million glasses of sparkling wine were consumed in the US each New Year’s Eve, flagging up the importance of raising a celebratory fizz on the night to see in the New Year.

The best cities for New Year’s ranking is as listed below. The top 20 were taken from a long list of top 100 spots outlined in the report, but the 20 best are as follows: