A record breaking number of Bourbon barrels were filled in 2021, but the achievement comes at a price, as a freak Kentucky property law means each barrel will be slapped with tax. 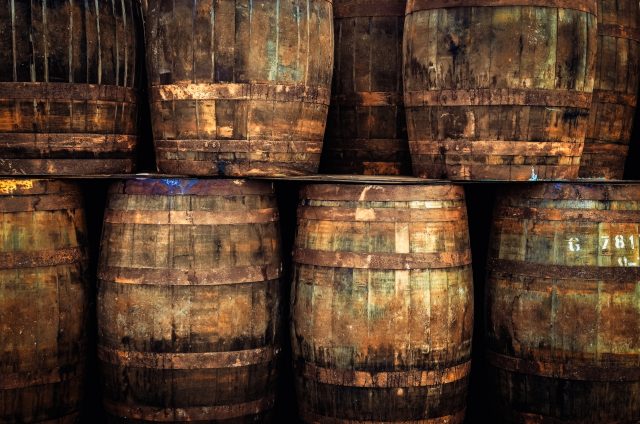 Kentucky distillers smashed a regional record in 2021 by filling almost 2.5million barrels in a single year. The extraordinary feat means that for the first time there are more than 10million barrels of Bourbon aging across the US state right now.

However, the achievement comes at a price as the increased number of full barrels means distillers are now bracing themselves to pay out more than US$33million in ‘aging barrel taxes’ for the year, reported CNBC.

It’s all down to an unforgiving tax law, by which Bourbon-aging barrels are considered to be property, and as such, are subject to property tax in the state of Kentucky.

“Every year that a barrel ages, it is taxed again and again and again,” Eric Gregory, president of the Kentucky Distillers’ Association told CNBC. “If you’re drinking a bottle of 18-year-old Elijah Craig, that whiskey from that barrel had been taxed 18 times before it was even bottled.”

It’s thought that no other region in the world taxes aging barrels in this way, and the bill puts Kentucky distillers at a competitive disadvantage with whiskey producers from other countries. The astronomical Kentucky barrel tax has increased by 140% in the last 10 years.

The expected blow comes hot on the heels of 25% tariffs imposed on American whiskey exports to the EU as a result of the Airbus and Boeing dispute. Exports to the EU, the biggest export market for the US spirit, plummeted 37% between 2018 and 2020, according to the Distilled Spirits Council.