Glenfiddich branches out into footwear with ‘Grand Cru’ sneakers

The single malt expert has teamed up with sneaker designer Chase Shiel to launch a pair of high-tops for its premier Grand Cru whisky release. 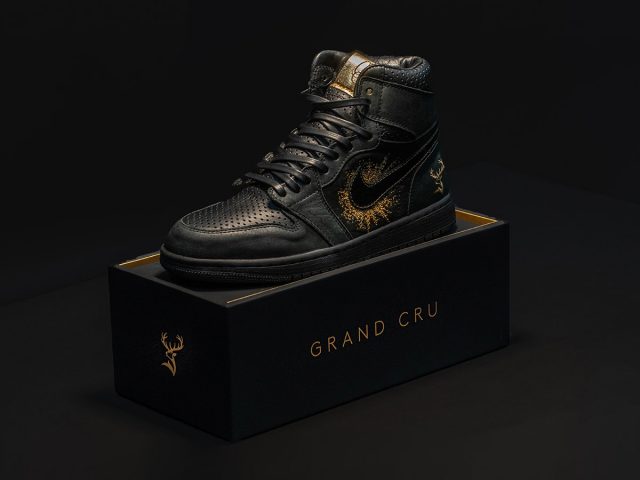 In honour of its 23-year-old Grand Cru whisky, which is finished in rare French cuvée oak casks, Glenfiddich invited artisan shoe-designer Shiel to create a pair of branded sneakers that speak to the launch.

The extremely limited-edition run means that only 23 pairs of ‘Glenfiddich Grand Cru XXIII’ sneakers will be available, with the number on offer a reference to the number of years the new whisky has spent in the barrel.

“The pairing of sneakers with whisky is contrary to traditional whisky imagery, and that’s exactly why we did it,” Glenfiddich brand ambassador Ross Blainey said. “We’re launching more than just a boundary-pushing whisky in Grand Cru, we’re connecting with a lifestyle.” 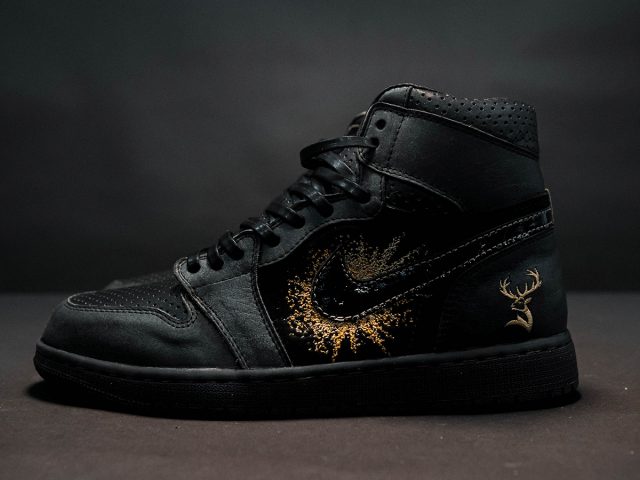 100% of the proceeds from sales of the sneakers will go to charity, and the drop date will be announced on Instagram, further fuelling rumours that the luxury whisky brand is targeting a younger, affluent market.

As for the design itself, hints of gold shine through the toe box, collar and tongue, while bronzed insoles and a gold embroidered feature nod to Glenfiddich’s ultra-premium Grand Cru whisky.

Shoe-designer Shiel said of his creation: “I focused on the senses of touch, sight and smell to reflect its luxurious nature.”