If you’re looking for great Chardonnay to cellar for future consumption, then turn to California, rather than default to Burgundy, says Tor Kenward of Napa’s Tor Wines. 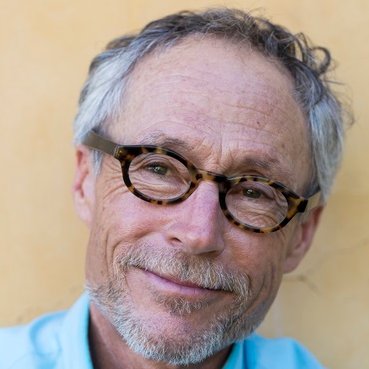 Talking to the drinks business at a dinner in London on Wednesday to celebrate ‘50 years of Tor in Napa’, the former vice president of Napa’s Beringer Wines, who founded Tor Wines in 2001, picked out the age-worthy nature of top Californian Chardonnay as something notable, but under-appreciated, in the world of wine right now.

Having recorded that he’d done a tasting of his own Chardonnay – which takes fruit from famous Carneros-based Chardonnay site, the Hyde Vineyard – alongside some great white Burgundies at London’s Hedonism Wines earlier this week, he said that he was now convinced that great Californian Chardonnay ages brilliantly, and better than some of its fine, French equivalents.

All the wines – which were presented to a set of collectors on Tuesday evening – were from the 2017 vintage, and while Tor said he expected his wines to taste bigger and oakier, and more aged than the whites from Burgundy, he recorded that the opposite was true, even recording some oxidation in a wine from the latter region.

As a result, he stated with confidence that California was home to around 24 producers “making incredible Chardonnay, and these wines age extremely well, and they will become very collectable”.

Continuing he said that more people will be conducting similar tastings incorporating older vintages of Californian Chardonnay alongside great white Burgundies, and that as they do, it will become more widely known that Chardonnays from the US “have come a long way”.

He then stated, “We are in a really good spot right now with Chardonnay,” before mentioning some names of note, from Aubert to Marcassin, Ramey to Kistler, and commenting that the quality extends from Napa and Carneros to Sonoma Coast as well as Santa Barbara.

Tor’s views on the long-lived potential of such Chardonnays represent a contrast to the commonly held opinion that Californian Chardonnay is fast maturing.

However, he acknowledged that “90% of Chardonnays from California are a cocktail, not a fine wine,” adding that such wines weren’t intended for cellaring in any case, commenting, “In California, most wine is aged in the front seat of a [Chevrolet] Suburban” – referring to the fact that the majority of wines are drunk by consumers as soon as they get home.

But he also said that holding back even the top California Chardonnay makers from gaining recognition for the ageing-potential of their Chardonnays was a lack of older vintages on the market or in producers’ cellars.

“The problem with Chardonnay is that if you haven’t sold it within three years then you’re considered dead meat,” he said, acknowledging that he too sells all his wines on release, rather than holding back a proportion of stock to build up a library of older vintages for selling or showing at a later date.

As for Chardonnay’s reputation more generally, he said that large-scale plantings and sweeter styles had been the cause of the poor image of the grape from California.

Leaving Beringer as it was bought in 2000 by Australia’s Foster’s Brewing Group, he said that because he was “a senior executive” at the time of the acquisition, it gave him enough money to pursue a long-held dream to create his own winery “and keep it completely in the family”.

It was in 2001 that Kenward founded Tor Wines, which focuses on minimum intervention single vineyard Cabernet Sauvignon, Chardonnay and Bordeaux varieties bottled in small quantities.