Trivento is relaunching and expanding its Golden Reserve line, which it sees as having huge potential. Chief winemaker, Germán Di Césare talks to db about the potential for the range, and how the micro-terroirs of Luján de Cuyo  are shining a different light on the producer’s portfolio. 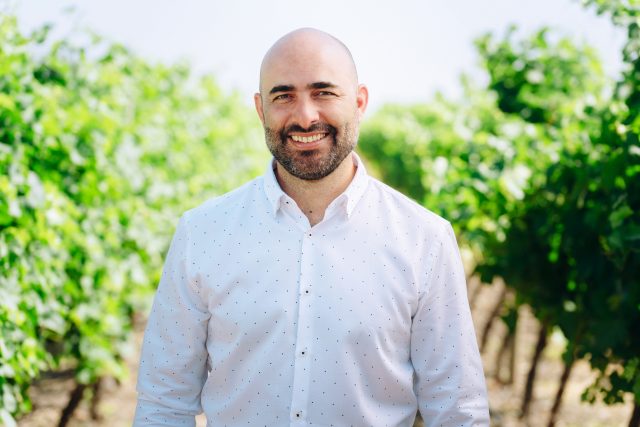 Trivento’s winemaker, Germán Di Césare, is convinced that the big opportunity for Argentina remains with its flagship grape – Malbec. The Argentine wine producer is on a mission to grow its premium-tier Golden Reserve to around 105,000 cases in the next two years – and Malbec is the main focus.

Trivento, part of the Concha Y Toro family, is a leading producer of Argentina’s signature grape, and as PR and communications manager Victoria Acosta says, Di Césare is an expert on the variety.

The portfolio includes different styles and range of Malbec across its Reserve, Golden Reserve and icon wine Eolo, and Di Césare focuses on bringing out the expression of the variety from various terroirs.

He is excited about the company’s most ambitious project to date, working in four microterroirs in Luján de Cuyo, on the northern banks of the Mendoza River: Agrelo; Vistalba; Perdriel; and Las Compuertas.

The high altitude and proximity of the Andes in this sub-region of Mendoza results in a hot, dry climate that benefits from cool winds at night, giving grapes great ripeness without losing their freshness.

Agrelo and Perdriel to the south are close to the Mendoza river, and have clay and silty soils that produce wines with more power, structure and tannins. Vistalba and Las Compuertas lie on sandy soils in the north, producing wines with more velvety tannins.

“The idea is to take the best expression of each micro-appellation to make a blend and show the typicity of Luján de Cuyo,” Di Césare explains. “It’s a place with a lot of history because it’s one of the places where immigrants first arrived in Mendoza, so there’s  a very strong tradition. It’s an amazing place for Malbec, and we have these very old vines – up to 70 or 80 years old – and that’s what we want to communicate,” he says.

MATURE AND COMPLEX
The team is restyling the Golden Reserve line, starting with the 2019 vintage, which will be released this year. “The idea was to elevate the presence of the wine on the shelf,” Acosta says. “As well as the origin of the wine – Luján de Cuyo – being bigger and more visible, it includes some important new details, such as the length of time spent in oak so the consumer understands how mature and complex the wine and Germán’s signature, which underlines his committment to the wine.”

The bottle is taller, thinner and lighter, which is more elegant and taps into the brand’s goals for cutting carbon emissions. “We are committed to the Sustainability Development Goals of the United Nations. Other initiatives include our photovoltaic-powered plant – the biggest in the wine industry,” says Acosta.

With the world’s on-trade starting to open up again, the team has high hopes for its high-end wine in important international markets, which include the UK, US, Brazil, Western Europe, Canada and, more recently, Korea.

Last year saw strong sales in the online channel for Trivento, and the producer hopes to grow in the on-trade once things get back to a ‘new normal’.

Di Césare is confident Argentina – and Trivento – can excel with wines at the US$18-US$22 mark. “We have all the elements to sell at that price,” he says. “This place is unique in terms of the climate and weather. The wines are from old vines and select vineyards and are aged in oak. .The average points we have in awards is 94, so that gives you an idea
how consistent the wine is, and how good the quality.”